The station was about three quarters of a mile from Langley Green on a branch line that was opened by the G.W.R. on 7th November 1884. The line continued beyond Oldbury station to Oldbury Goods Depot.

After this date all that remained in use was about half a mile to the Albright & Wilson chemical works. Rail traffic to the chemical works ceased in the 1980s. 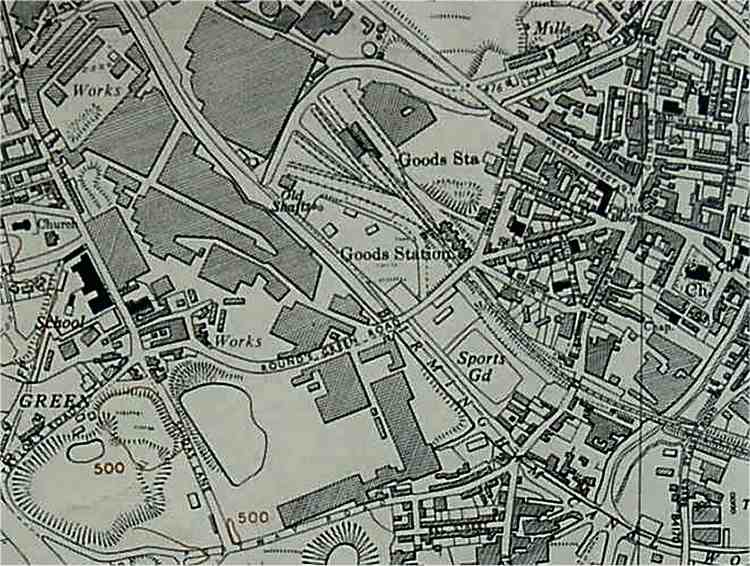 The extract above is from an old Ordnance Survey map. 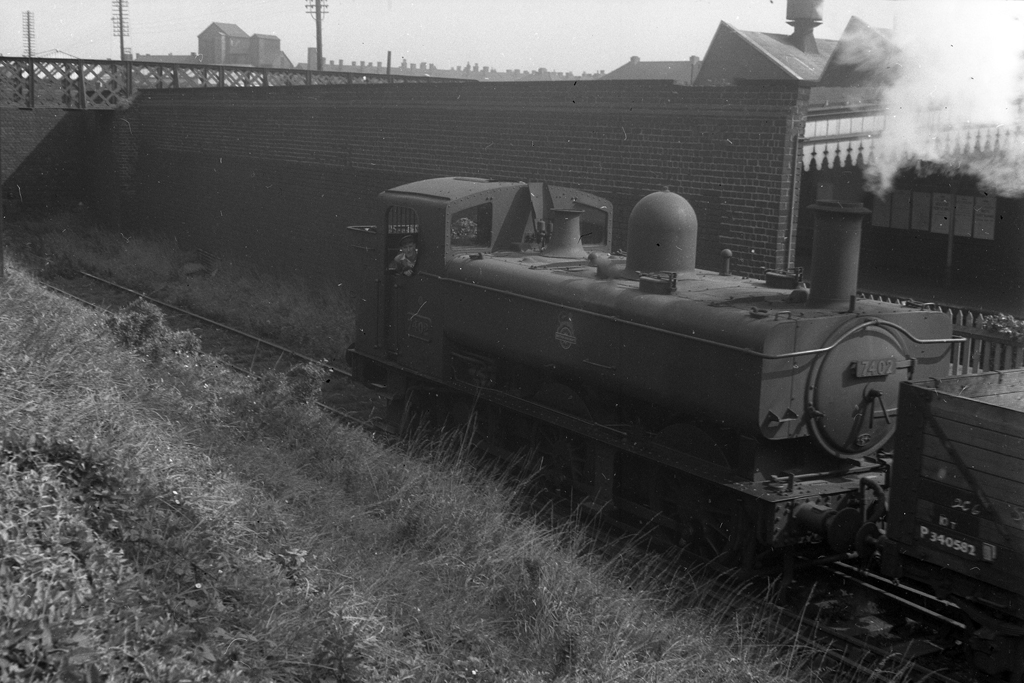 0-6-0 pannier tank engine No.7402 has charge of a train of empty coal wagons. Photograph taken by Douglas Clayton on 6th September 1952.

The station that was closed by the time this map was produced is not marked but it was situated towards the bottom right hand corner of the map. After Portway Road crosses the Birmingham Canal it passes underneath the railway and becomes Halesowen Street. The station was on the right hand side between Portway Road and a loop of the canal. Substantial redevelopment has taken place in this area and the site of the station is now north of the canal between Churchbridge and Seven Stars Road. The site is obliterated by the Oldbury Ringway and a bingo hall.

The canal is still there and is more correctly known as the 'The Old Main Line' or 'Wolverhampton Level' and was built by James Brindley in 1772. The canal loop was a part of the original canal but became a loop (known as the 'Oldbury Loop') when a more direct route was built. The loop was abandoned in 1960.

The goods station was just to the north of the Birmingham Canal's Old Main Line (Wolverhampton Level) and there appears to have been an entrance to the site off Inkerman Street. Inkerman Street, the goods depot and all the surrounding area has been demolished and is now occupied by superstores and the Oldbury Ringway. To the north of the goods depot is the Oldbury canal loop and interchange with Oldbury Goods Depot.