It is pleasing to note that in the severely cash constrained times following the great economic crash of 2008-10 the local train operators found resources to fund the efforts of artists as in the following:

This is Cross Country Trains nicely designed timetable for the services from Nottingham & Derby to Bristol & Cardiff. Sadly the whole thing is badly let down by a lack of attention at proof-checking stage leading to the necessity to produce an amendment sheet (right). The map is nicely drawn and reproduces well. 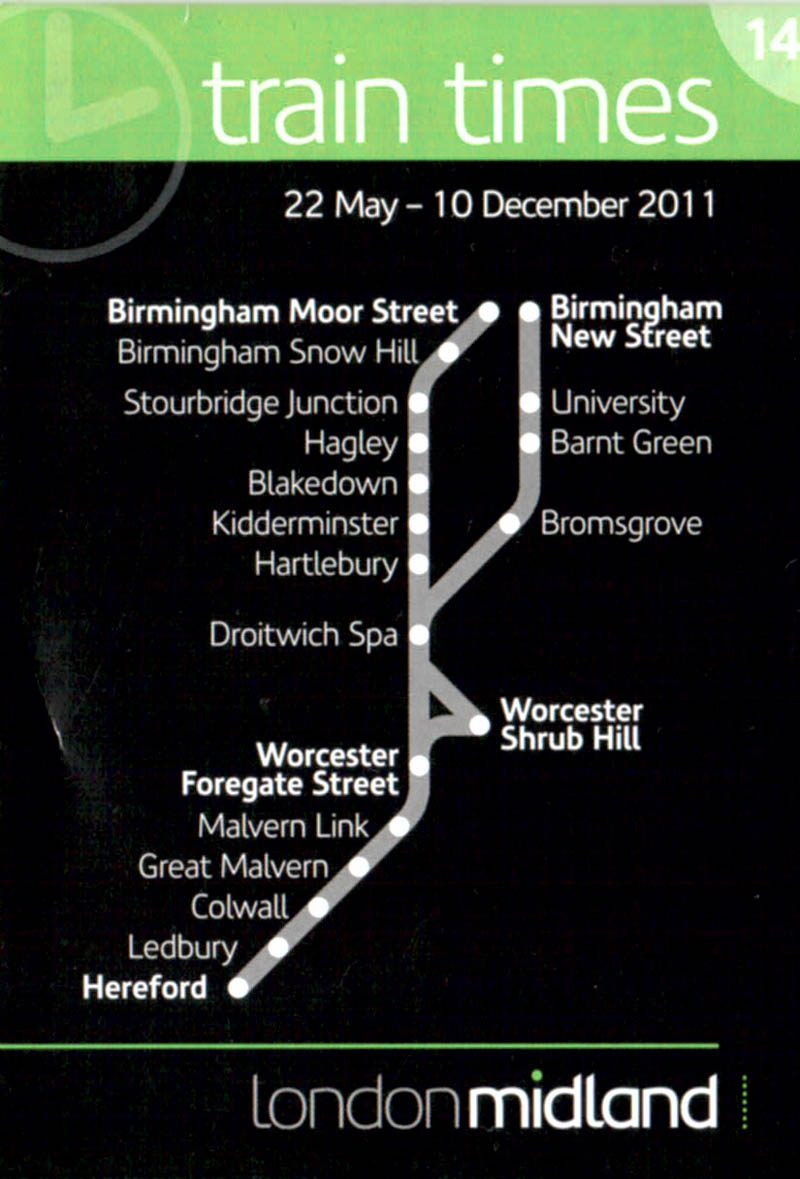 In a distinctly backward move London Midland has produced its timetables for the county in a very small fold-out style of leaflet using the normal microscopic font size. Timetables are difficult enough to understand without the need to render the type unreadable to a person of even average eyesight. Bring back proper booklets please but leave the clear and concise route map. 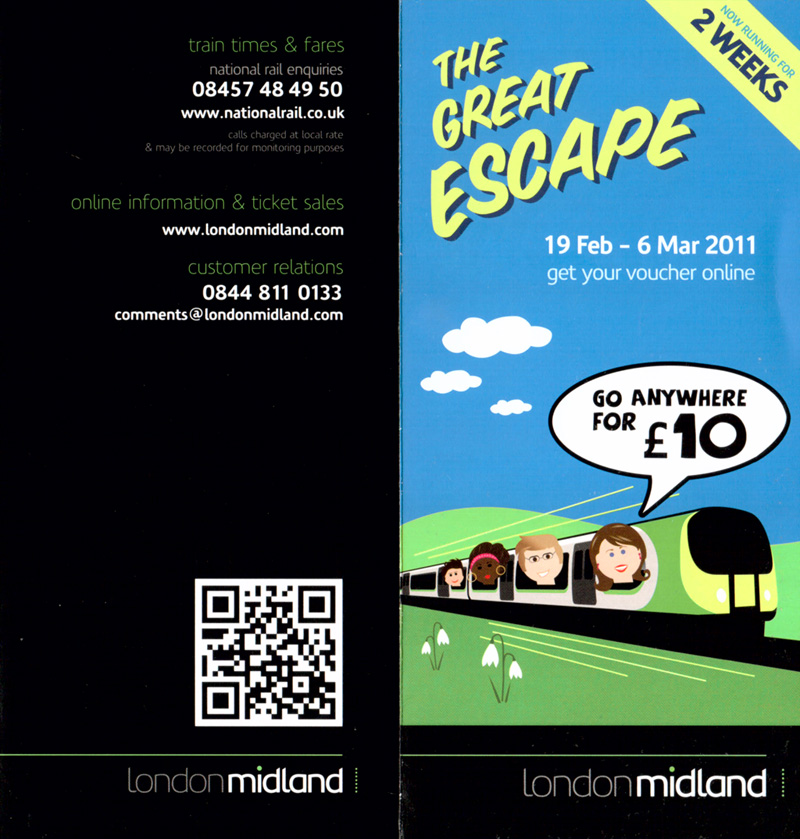 For two weeks during the half-term break (from 19th February to 6th March 2011) London Midland promoted its "Go Anywhere for £10" offer with this attractive leaflet. The offer was only available on-line. The weird graphic on the left hand side could be used with mobile phones to load the London Midland web page. The train made another appearance during a half-price ticket sale at Easter 2011 when it was seen in the platform at 'Easter Treats' Station.

By the Summer holidays offer the train had travelled along the line and now stopped at the mythical "Park Your Trunk" station - a chance to add an elephant to the graphic.

Chiltern Trains as always leads the field by a wide margin with its well-designed and produced booklet.