All photographs taken by Andrew Smith unless otherwise credited. 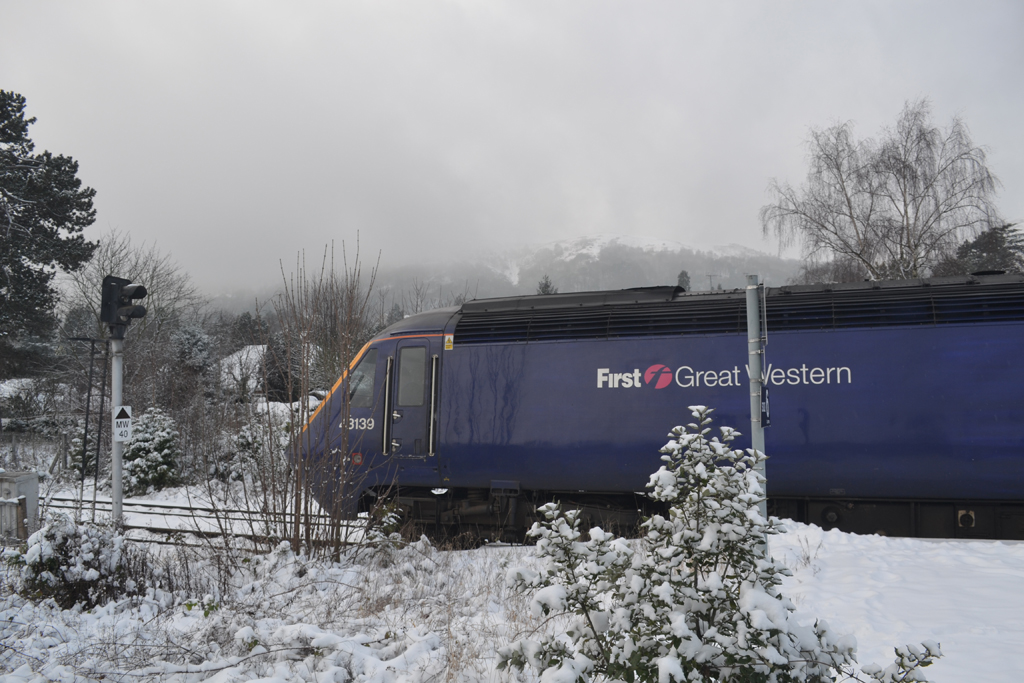 The first heavy snowfall of the 2012/13 winter arrived in Worcestershire on Friday 18th January 2013. Travelling conditions were very difficult over the weekend and the lack of sun kept the temperatures down. The car park at Great Malvern Station, normally full by 09:00, was nearly empty by the time the first 'down' Paddington (08:22 train code 1W00) to Hereford service arrived on Monday 21st January. Due to stop at Great Malvern at 11:08 it was 22 minutes late by the time it arrived with class 43 power car No.43139 'Driver Stan Martin...' at the front. Unusually the First Great Western driver chose to ignore the 'HST stop' signs set well beyond the platform end and stopped instead alongside the Malvern Wells Distant Signal (MW40). Although the sun was not shining the visibility was just enough to glimpse the Worcestershire Beacon in the background. Photograph taken by Andrew Smith. 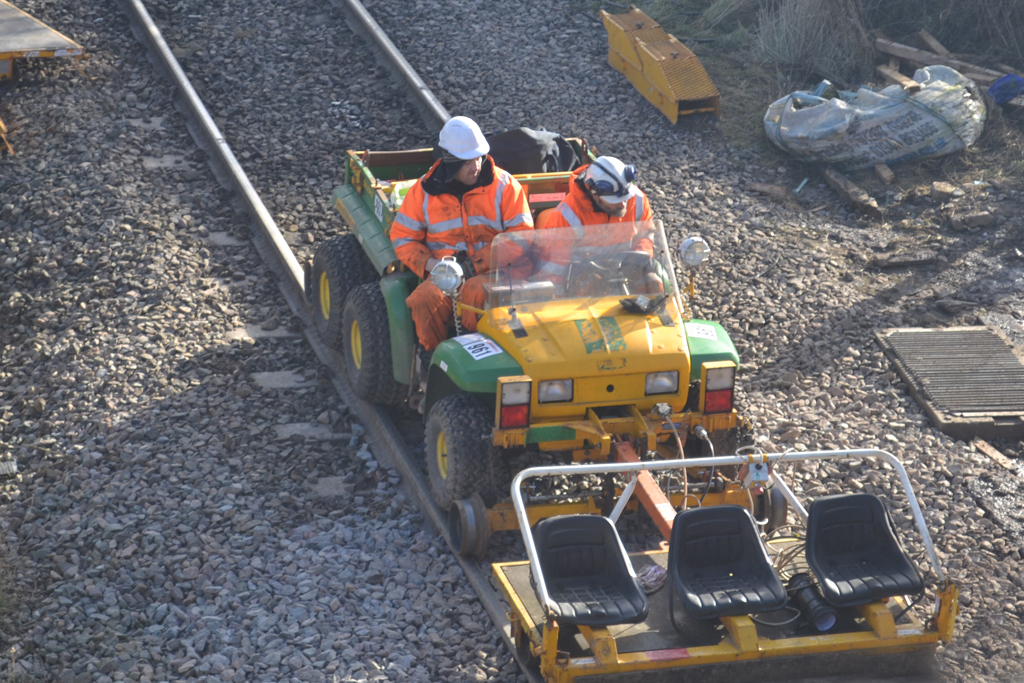 This interesting piece of on-track plant is John Deere Gator Buggy No.975012-4 which is used for transporting personnel for site yards to the place where engineering work is being undertaken. In this case the location of the yard was in the old station site at Stoulton and the associated trackwork slightly nearer to Worcester with Stoulton being the nearest road access point. The photographs below shows equipment and plant in the station yard. On the left is Quattro road/railer No.940096-9. Both photographs were taken by Andrew Smith on 27th January 2013. 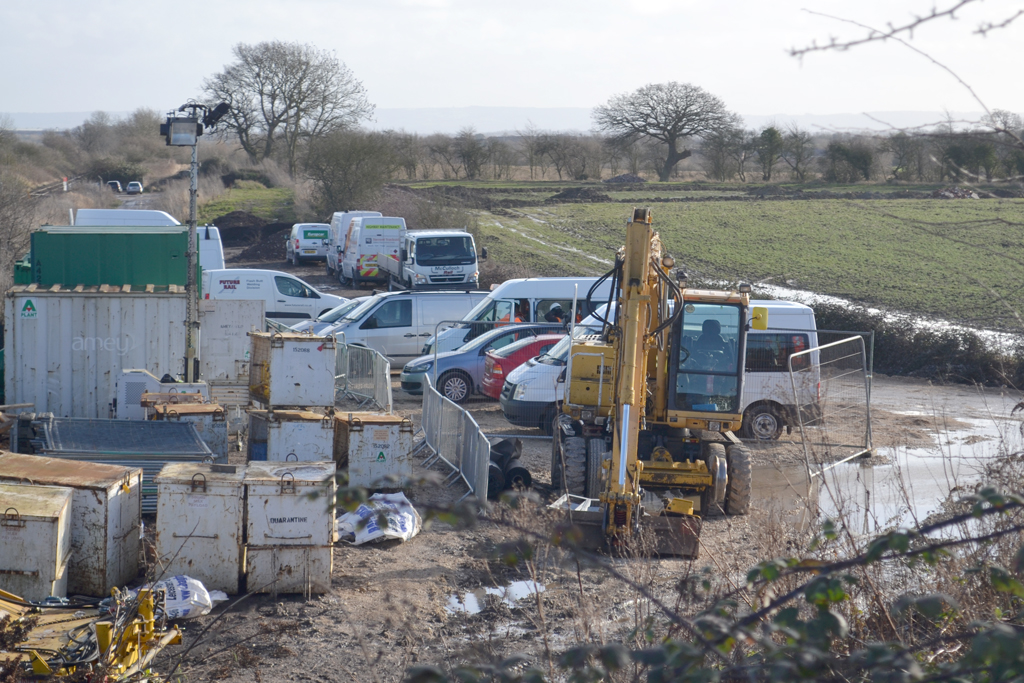 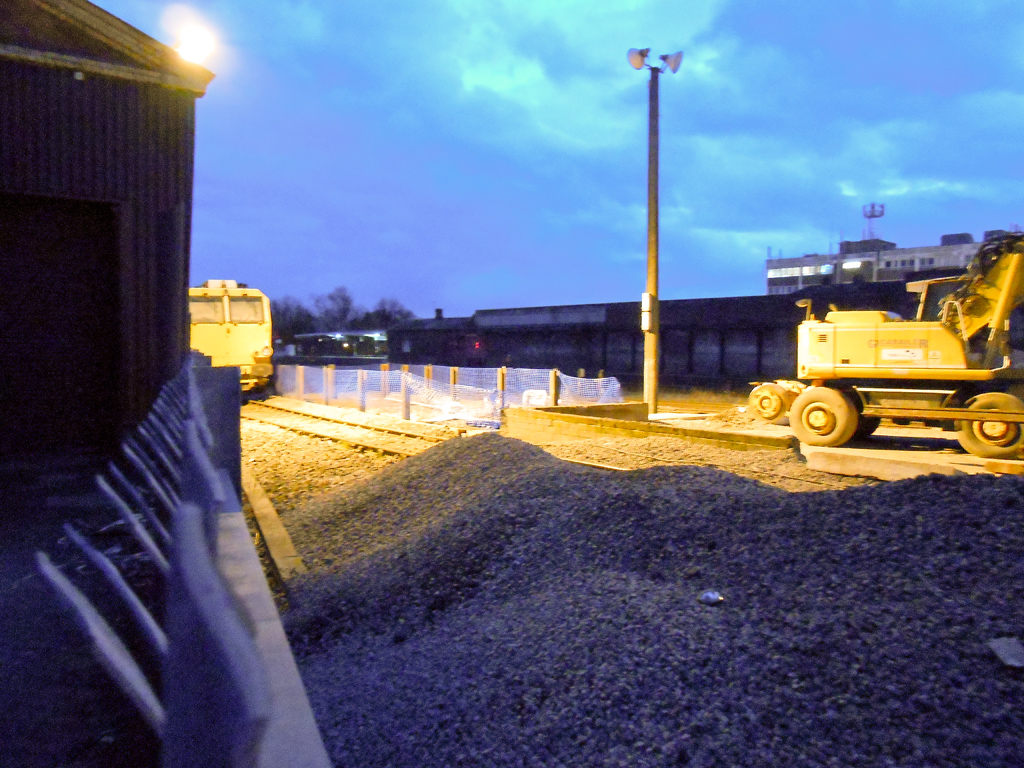 An early evening photograph taken on Monday 18th March 2013 showing work in progress on what would appears to be receptacles for storing ballast or similar material. On the left hand side of the photograph is a Network Rail Stoneblower (possibly No.DR 80206) whilst the Gigarailer on the right is No.940089-4. 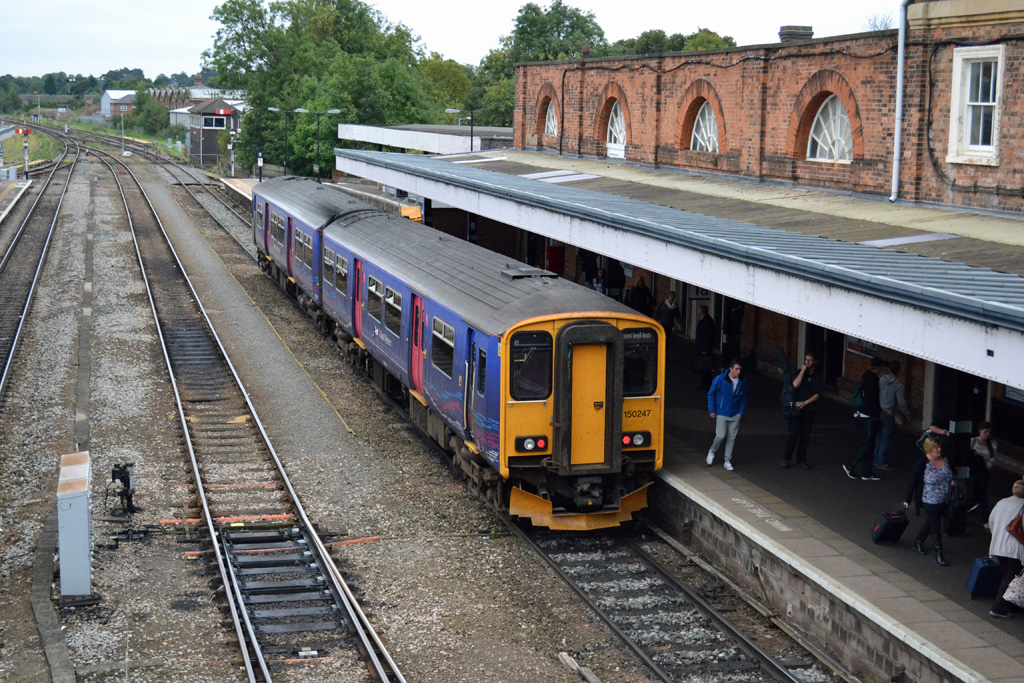 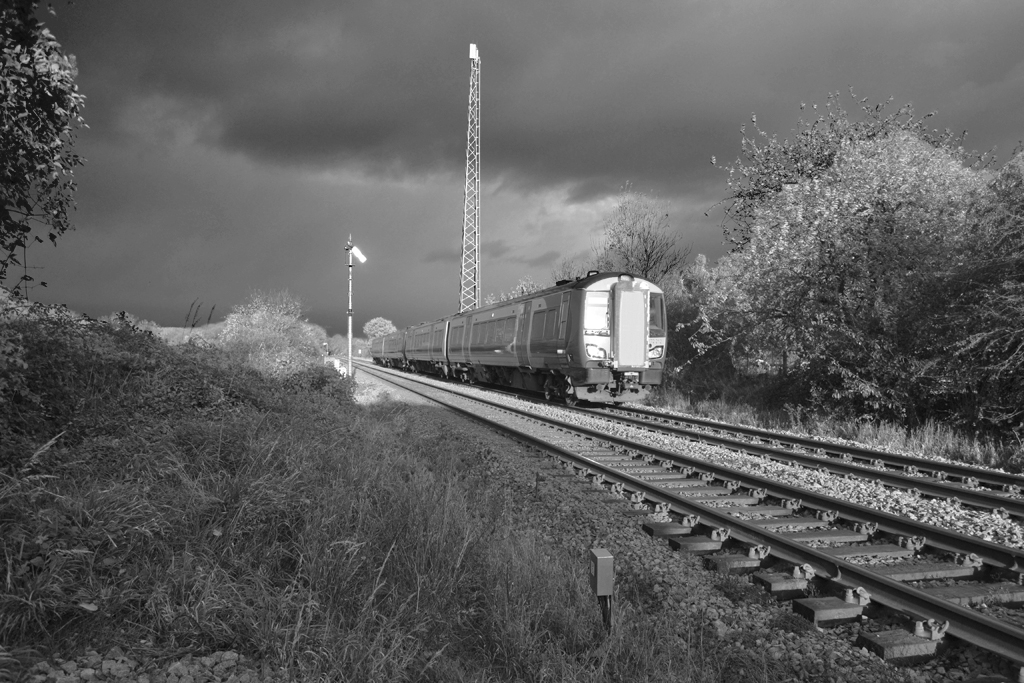