The first railway to reach Stourbridge was the Oxford, Worcester and Wolverhampton in 1852. The station that was built to serve Stourbridge was about 400 yards to the north of the current Stourbridge Junction station. The O.W.&W. station was originally called Stourbridge as there was no junction here until The Stourbridge Railway opened their line to Lye.

The G.W.R then built a branch line into Stourbridge Town station and this line also served the original Stourbridge station.

Operating conditions at the station were not ideal and the G.W.R. decided to build a larger Stourbridge Junction station at the southern end of the freight yards. When the new station opened on 1st October 1901, the O.W.&W. station closed and was demolished. 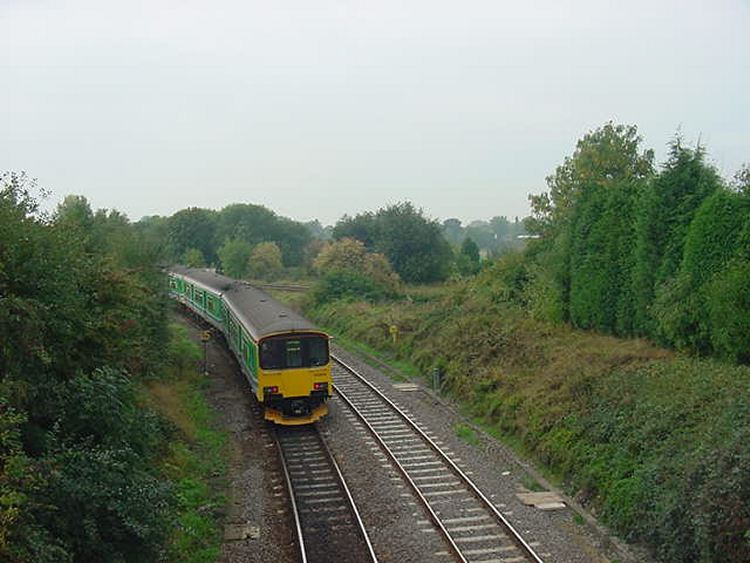 A Centro class 150 dmu approaches the junction with the former O.W.&W. line to Wolverhampton. The original Stourbridge station was just out of this picture behind the trees on the left of this photograph.