This was an unadvertised halt which opened during World War 1 to serve a munitions factory at Blackpole. After the war the halt closed but was reopened in 1940 for the same purpose. It closed again in 1946 and was demolished. There are pages for R.O.F. Blackpole and for Cadbury Brothers Ltd, Blackpole.

During World War 2 the munitions factory at Blackpole was in production round the clock and the Great Western Railway laid on special trains from as far away as Malvern Wells to take workers to and from Blackpole. These trains which ran every eight hours to coincide with the times of shift changes were never advertised in the public timetable.

There were sidings at Blackpole that were used to bring in raw materials and to take away completed bullet cases. 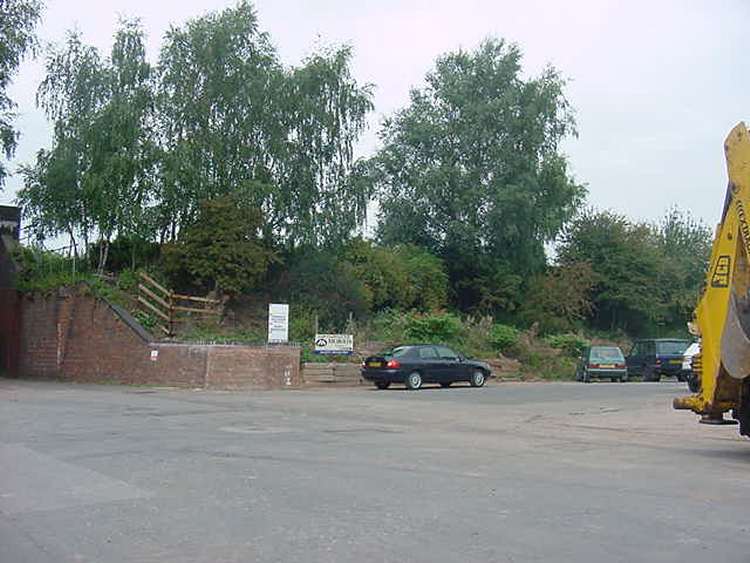 This photograph, taken by Andrew Smith on 21st September 2001, shows the approximate site of Blackpole Halt. The bridge accommodated a siding that ran down to the works from the main line. Behind the car can be seen several piles of concrete narrow gauge railway sleepers.