×
Photographs
HILARY REARDON PHOTOGRAPH COLLECTION
We are very grateful to Hilary Reardon for sending these lovely old photographs. Frederick Partridge was Hilary's grandfather and Sidney was her father. Also thanks go to Chris Wilkinson and the Worcester Locomotive Society. 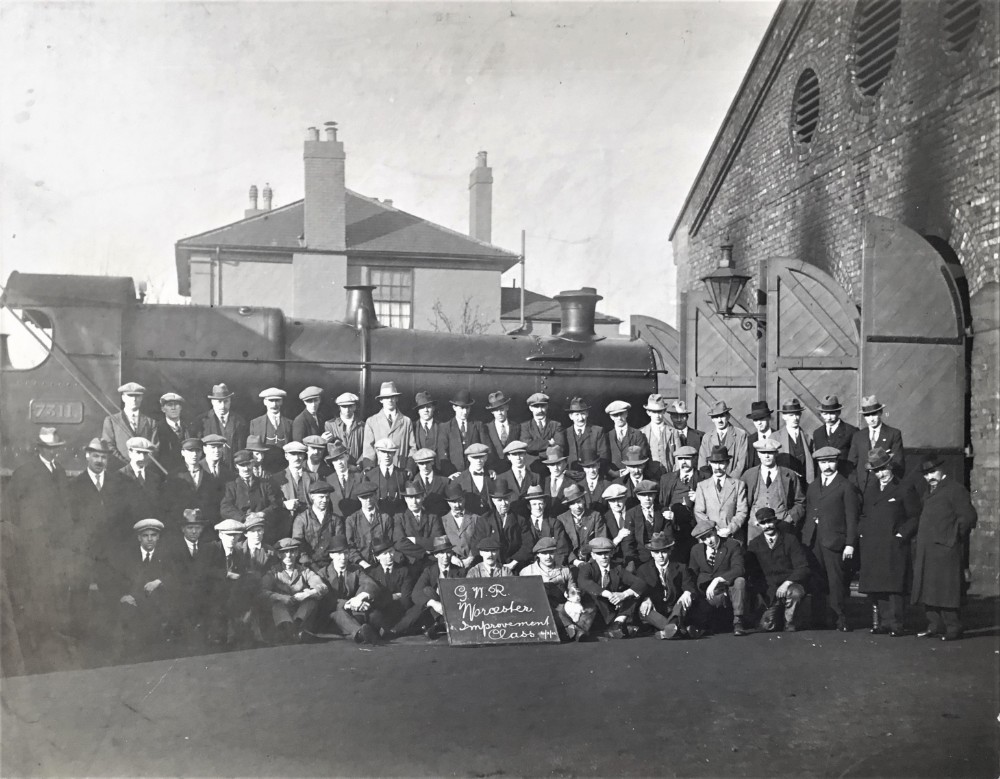 This photograph was taken in 1923 in the yard at the rear of the Goods Shed at Worcester.  The locomotive, which was built in 1921, is 4300 class 2-6-0 No.7311 of Oxley Shed. It is noticeable how well dressed all the people are who are posing for the photograph. The Improvement class group photograph was taken on February 4th 1923, Sidney Partridge names just one person in the line up which is his Father Driver Fred Partridge kneeling at the front second from right, others he remembers include Ben Ashby, Ted Jones, Harvey Harper, The Battersea Brothers, Harry Powell (85A shedmaster later on) and H. Francis. An astonishing photograph (ACS). 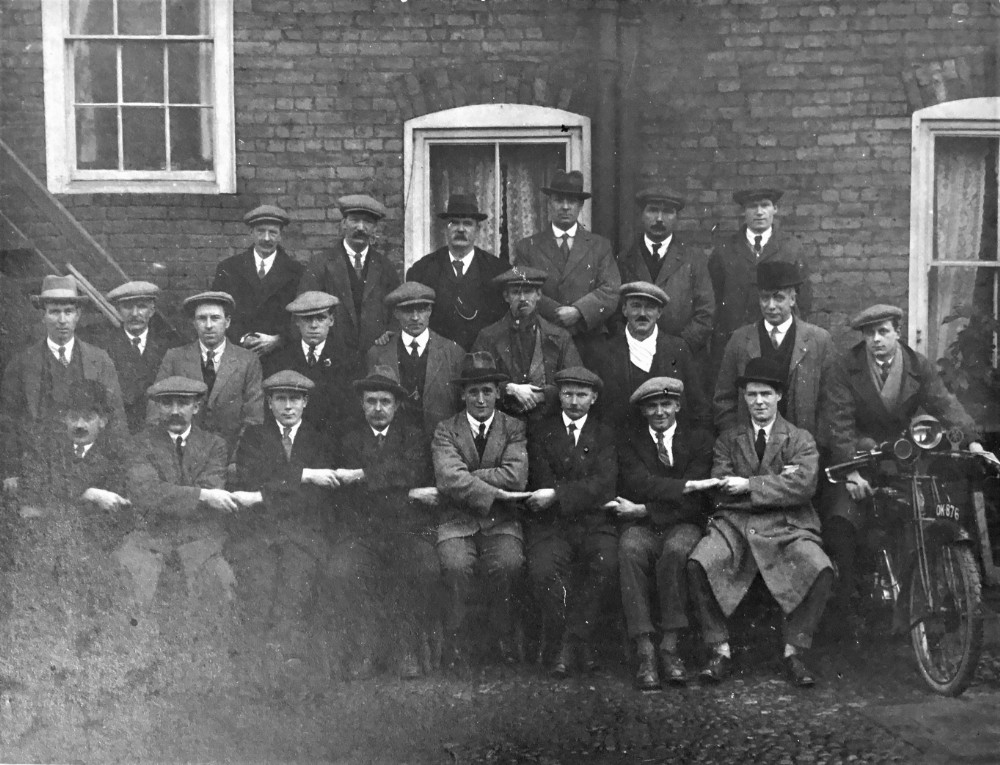 This second group photograph was probably taken at Worcester, although it is not known where and probably about 1923, Sidney Partridge names Billy Shuard on the AJS Motorcycle (became tutor driver teaching drivers the ropes when diesels came to Worcester),  Mr Weaver sitting next to Bill extreme right, Harry Exall sitting in the centre with Trilby hat on (local councillor at that time and went on to become Mayor of Worcester in the 1960s). The Middle row includes Fred Partridge 3rd from left and Frank Stone 6th from left. On the backrow H Francis is 2nd from right. 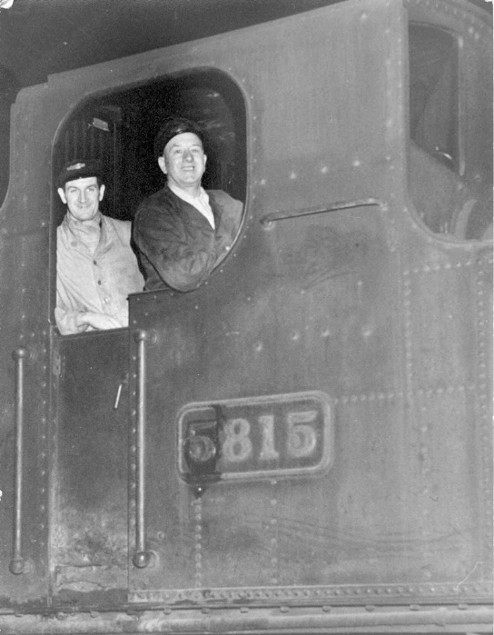 Above: Frederick Partridge is the driver on 45xx class steam locomotive No.5815 while at Worcester with an unknown Fireman and one other we cannot identify (once we can mingle again with old enginemen there could be a chance of identifying them)
Below: An early photograph of Midland Railway 'Johnson 1347 class 2-4-0' locomotive No.204 (Brian Penney believes this engine was shedded at Worcester) at Birmingham New Street with Frederick as Fireman to Midland Driver Charles Frederick Powell (who died in 1936) so it is an early photograph from the 1920s.  By all accounts Fred Partridge married Driver Powell's Daughter so they were related and it is suggested he was a Midland Driver based at Worcester.
The photograph is thought to have been taken by W.Leslie Good.
Credits:
Information about MR.204 from the Manchester Locomotive Society
Everything else from Sidney Partridge & Hilary Reardon
. 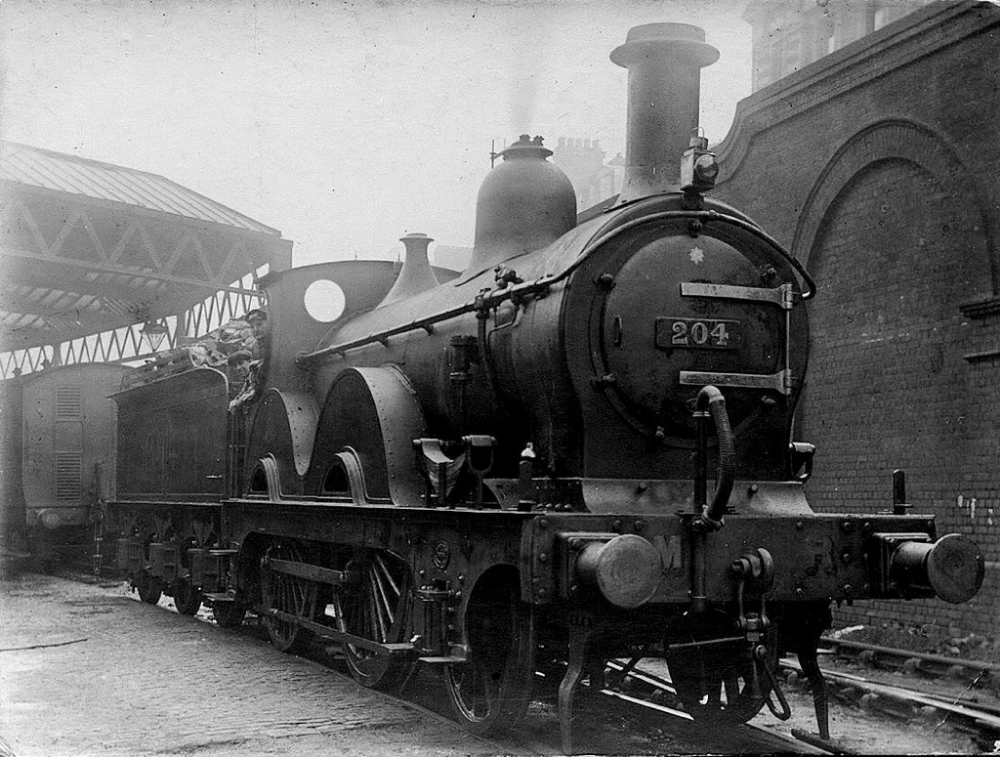