The station at Alvechurch opened on 14th March 1993 on the site of the former goods yard, a little further to the north than the original station. The old platform face remained in place and the former station buildings became a private residence. Following the electrification of the Cross City line from Redditch to Lichfield trains have been worked by three-car class 323 electric multiple units as can be seen in this photograph, taken by Andrew Smith on 7th September 2006, of No.323206 in the station. The white building in the left background was situated on the platform of the original station, the platform face of which can just be seen between the fence and railway. Three-car class 323 electric multiple unit No.323213 arrives at Alvechurch with a train for Redditch. The width of the bridge in the background allowed the creation of a passing loop at this station. Photograph taken by Andrew Smith on 7th September 2006.

During 2014 Network Rail builtg nearly two miles of new railway from Alvechurch Station towards Redditch, and the new doubled-section of track allows three trains an hour to run in each direction between Barnt Green and Redditch, rather than the previous two trains an hour. As part of the upgrade Alvechurch Station got a second platform, a new footbridge and lifts for step-free access. 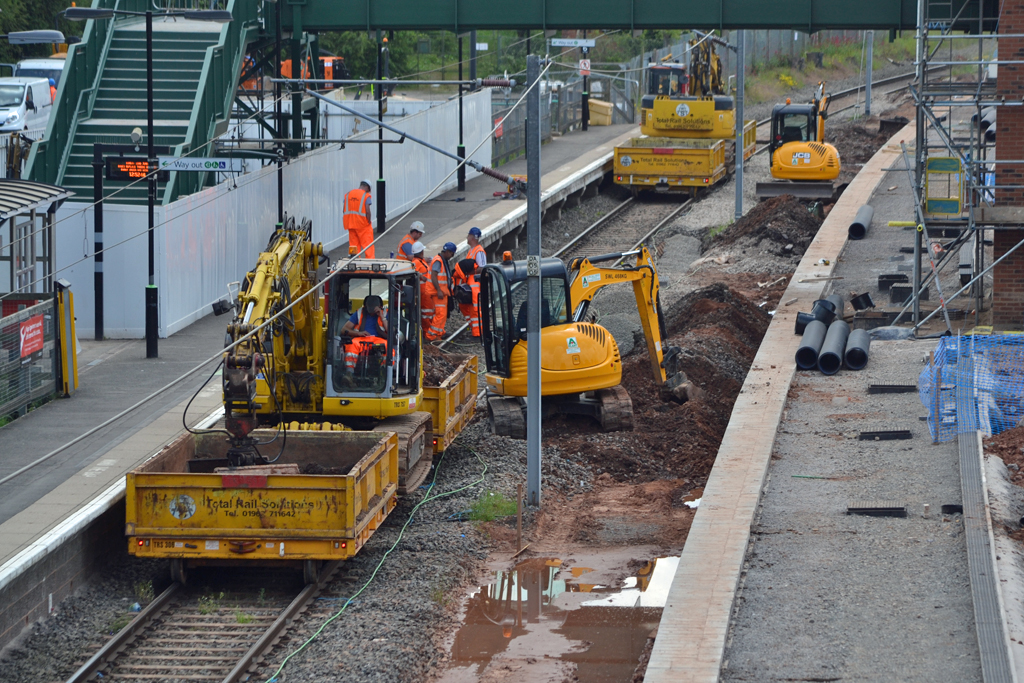 This photograph taken by Andrew Smith on Sunday 22nd June 2014 shows the extent of work in progress at the station where the second platform and passing loop are being installed together with the overbridge and passenger lifts. Several items of on-track plant were on site including Total Rail Systems No.941120.2 (TRS757) with No.91119-4 behind. 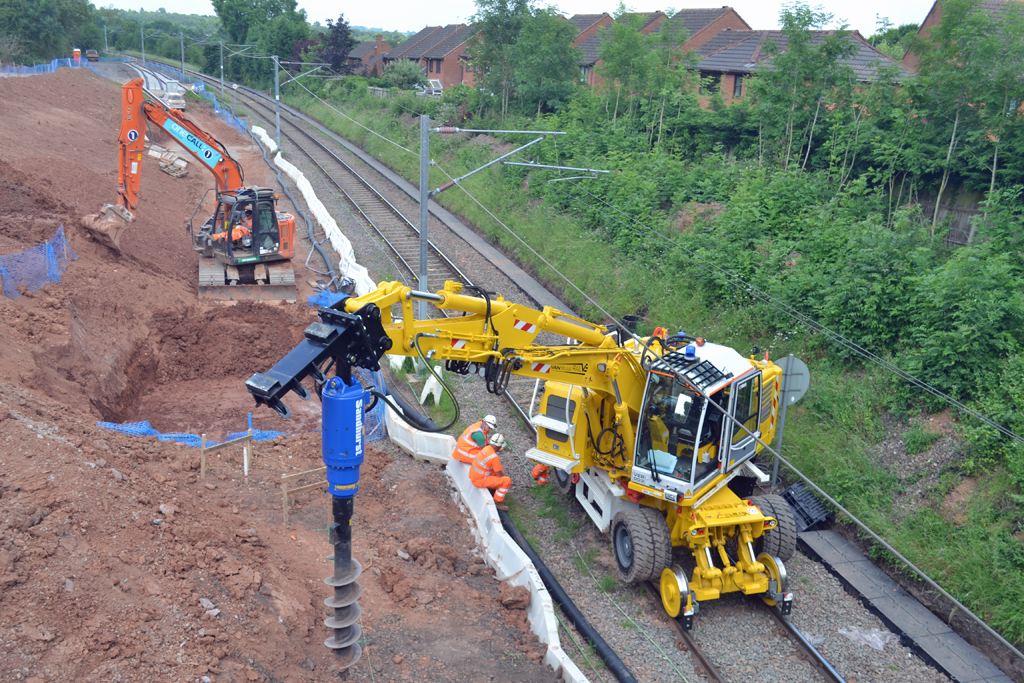 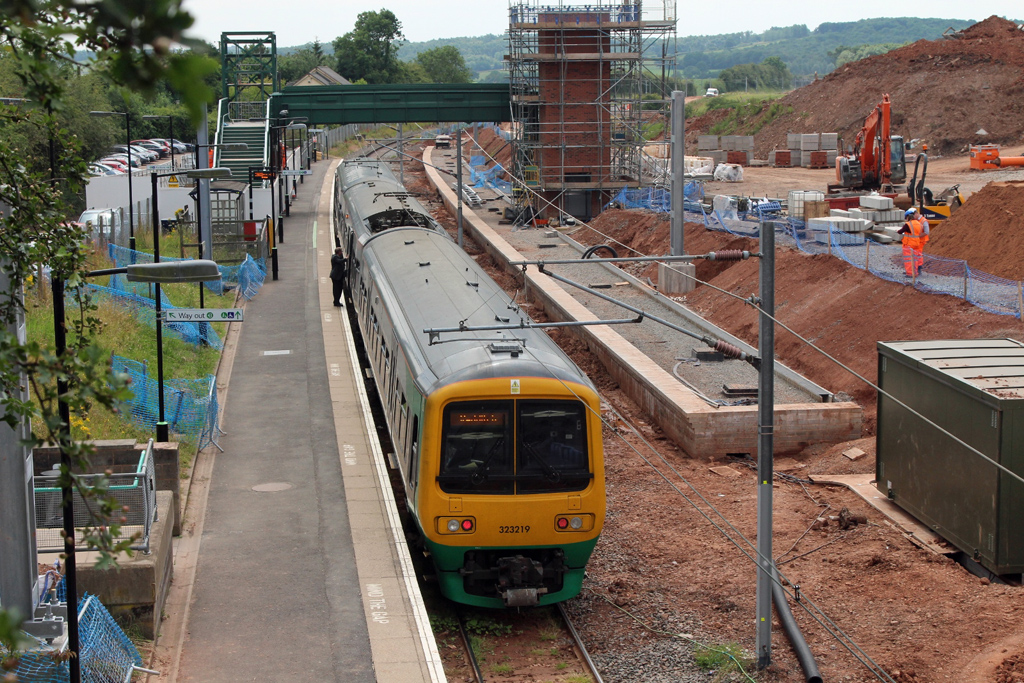 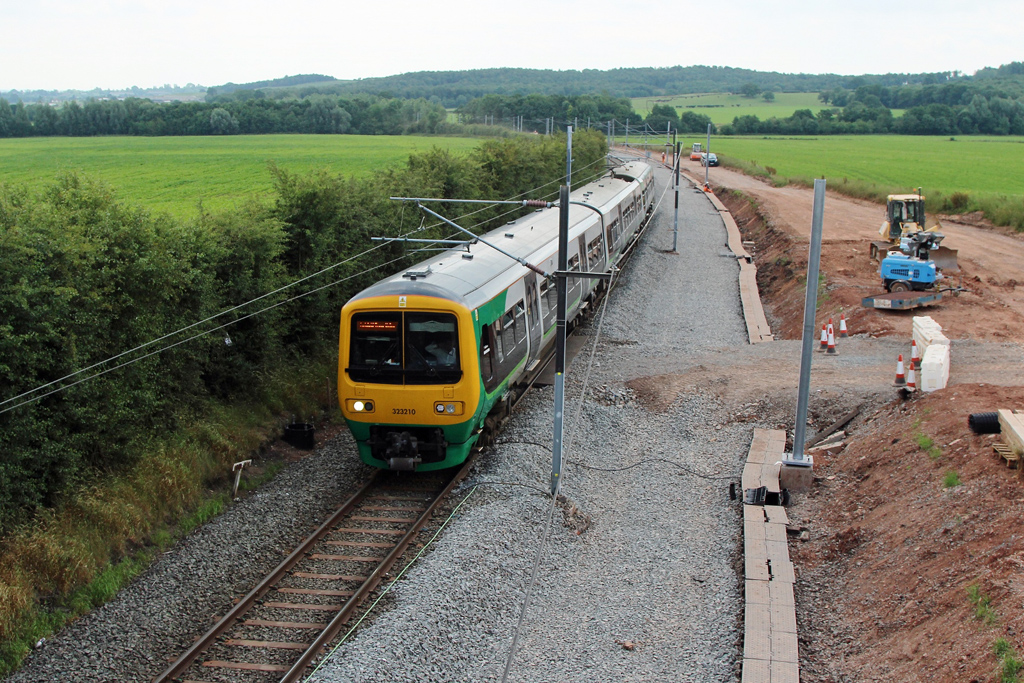 These two photographs were taken by Robin Goundry on 3rd July 2014. The first one shows passengers waiting to board a Cross-city line service operated by London Midland's class 323 electric multiple unit No.323219. The second is taken from Grange Lane road bridge and shows No.323210. 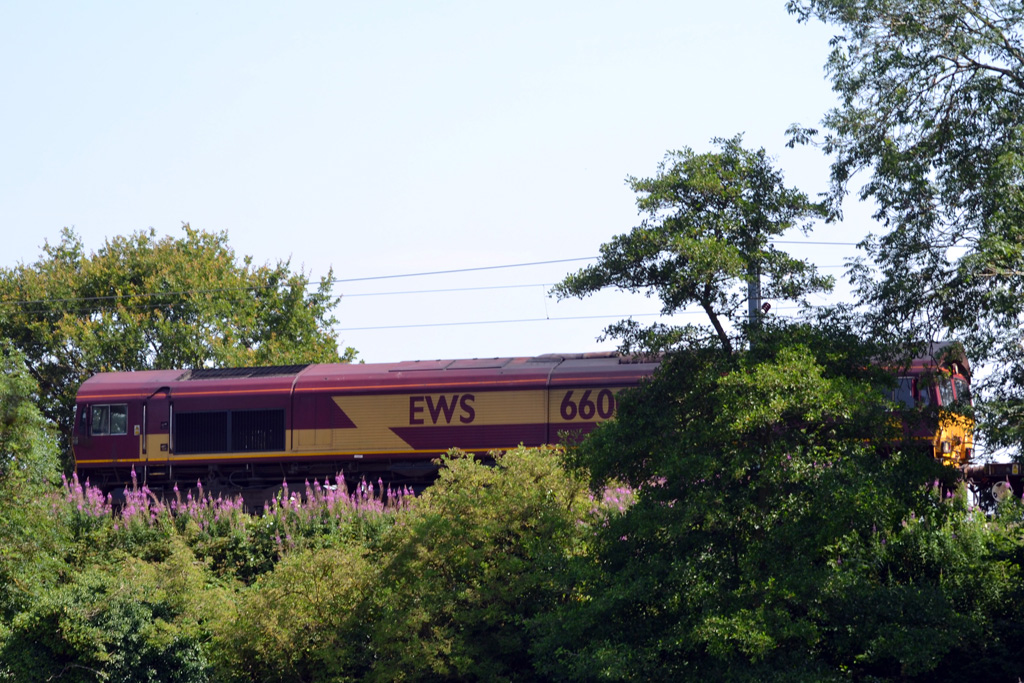 Class 66 diesel locomotive No.66007 waits just to the north of Alvechurch Station to return a train of empty wagons to Bescot. Photograph taken by Andrew Smith on 23rd July 2014. 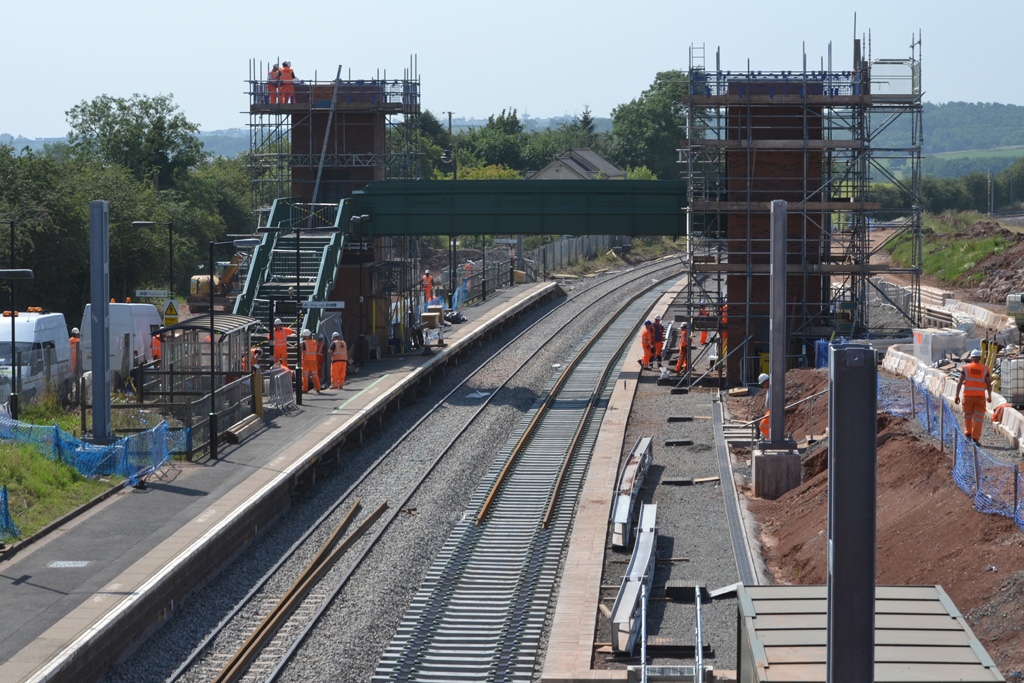 This photograph shows the progress made on the new station when photographed by Andrew Smith on 23rd July 2014.

To allow for speedy completion of the double-tracking there was an eight-week closure of the railway between Barnt Green and Redditch over the summer 2014. Replacement bus services operated during the closure between 6th July 2014 and 31th August 2014. The line re-opened on 1st September 2014