The village of Martin Hussingtree is about a mile north of Fernhill Heath between there and Droitwich Spa. An overbridge provides a good vantage point to photograph trains on the former Oxford, Worcester & Wolverhampton line. 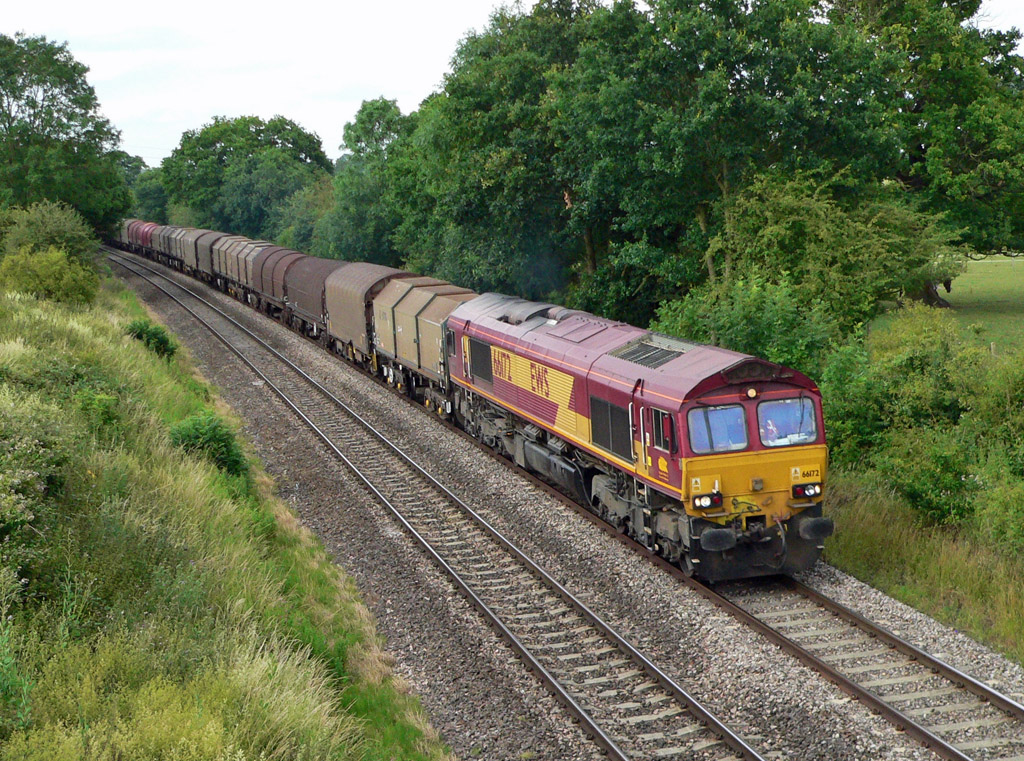 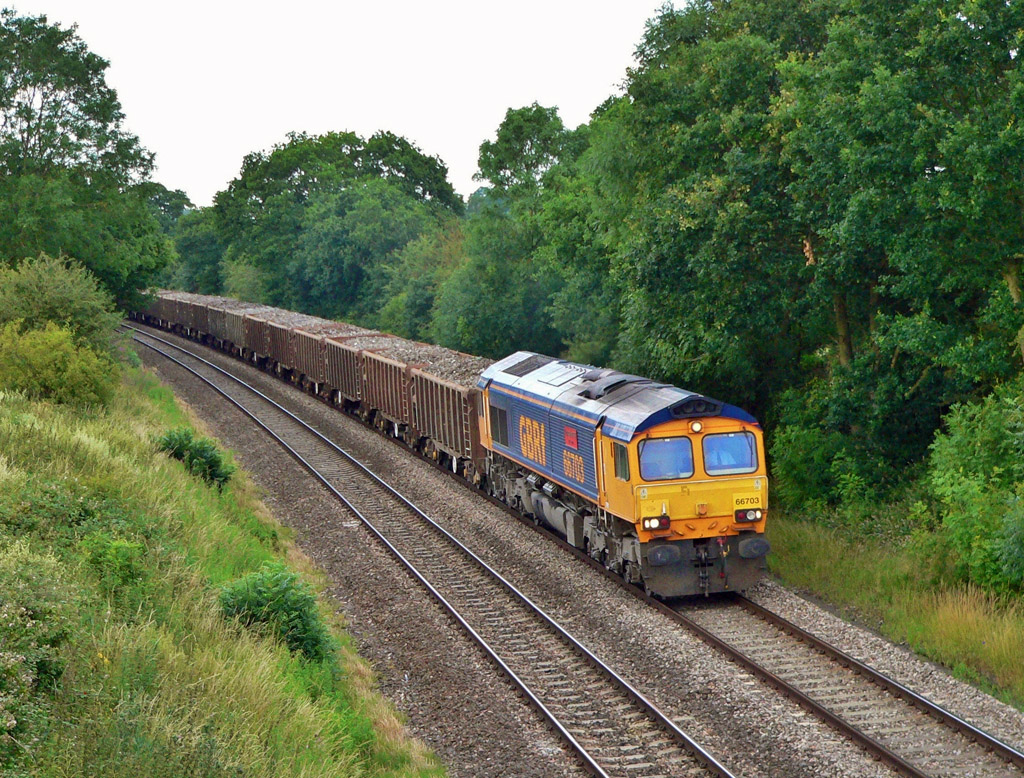 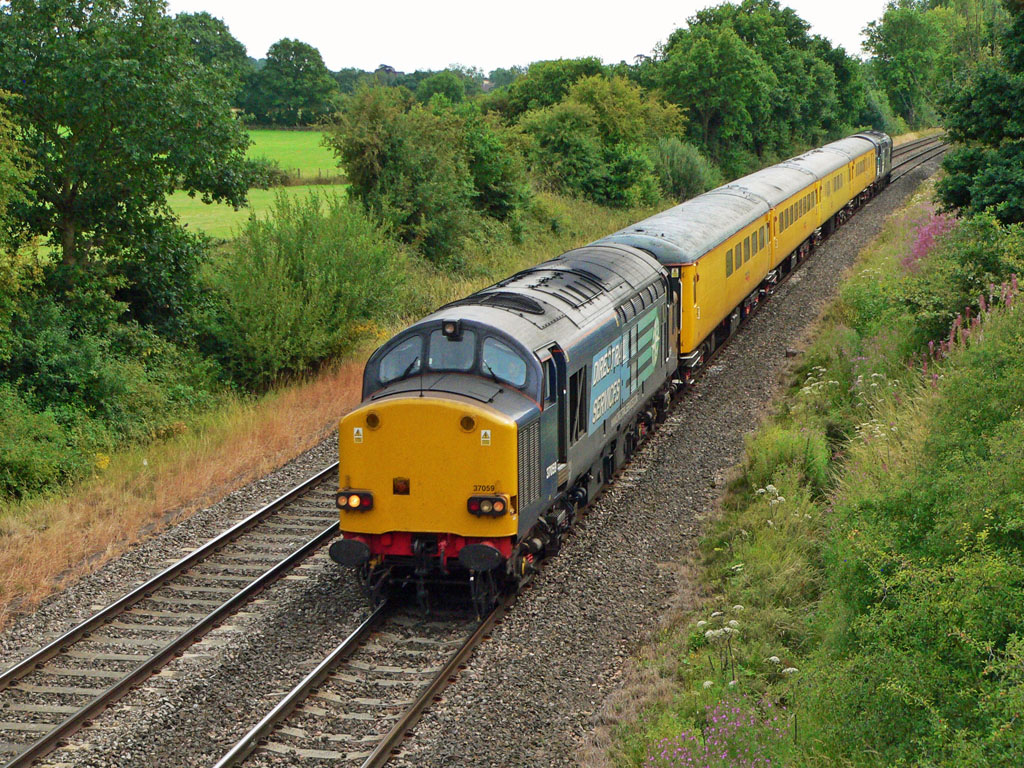 Hurrying through Martin Hussingtree en-route to Tyseley on 2nd August 2011 was a Network Rail test train headed by class 37 diesel locomotive No.37059 with class-mate No.37038 at the rear. Photograph taken by Robert Cooke.