There are now two stations in Kidderminster. One on the line from Worcester to Stourbridge and the other which is in the former goods yards is now the starting point of the preserved Severn Valley Railway. 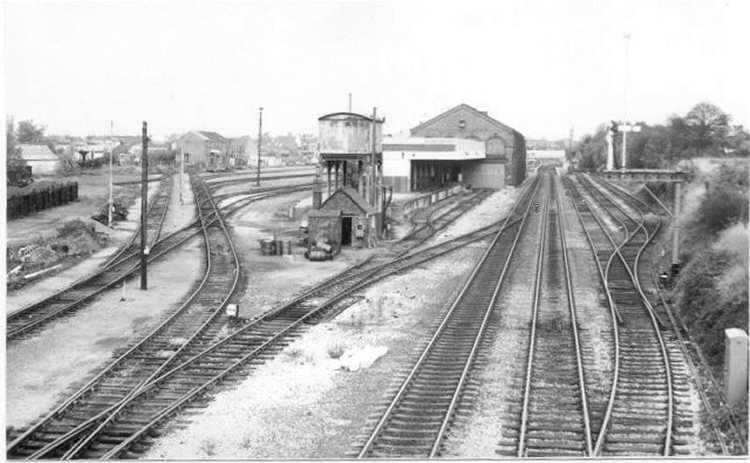 The new Severn Valley Station was built on the site of the goods yard to the left of the goods shed in the middle of the photograph. The main line station is situated to the right hand side of the goods shed. Photograph taken by Adrian Booth on 25th October 1982. 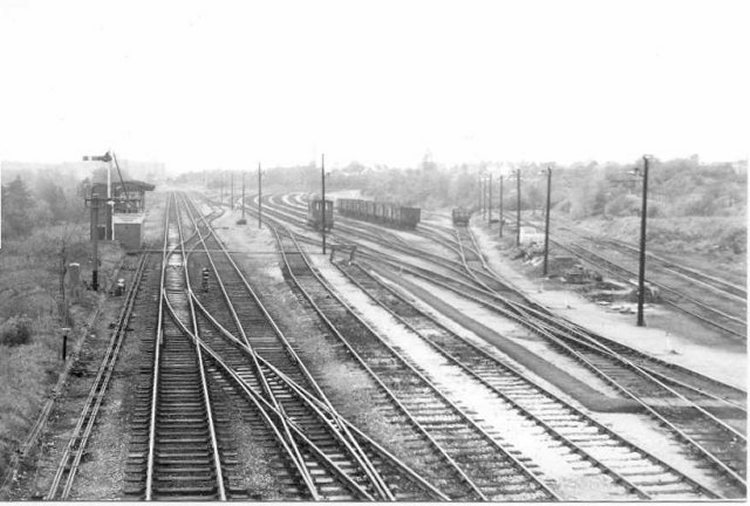 This photograph shows the view towards Droitwich on 25th October 1982. The signal box closed in August 2012. Photographs taken by Adrian Booth . 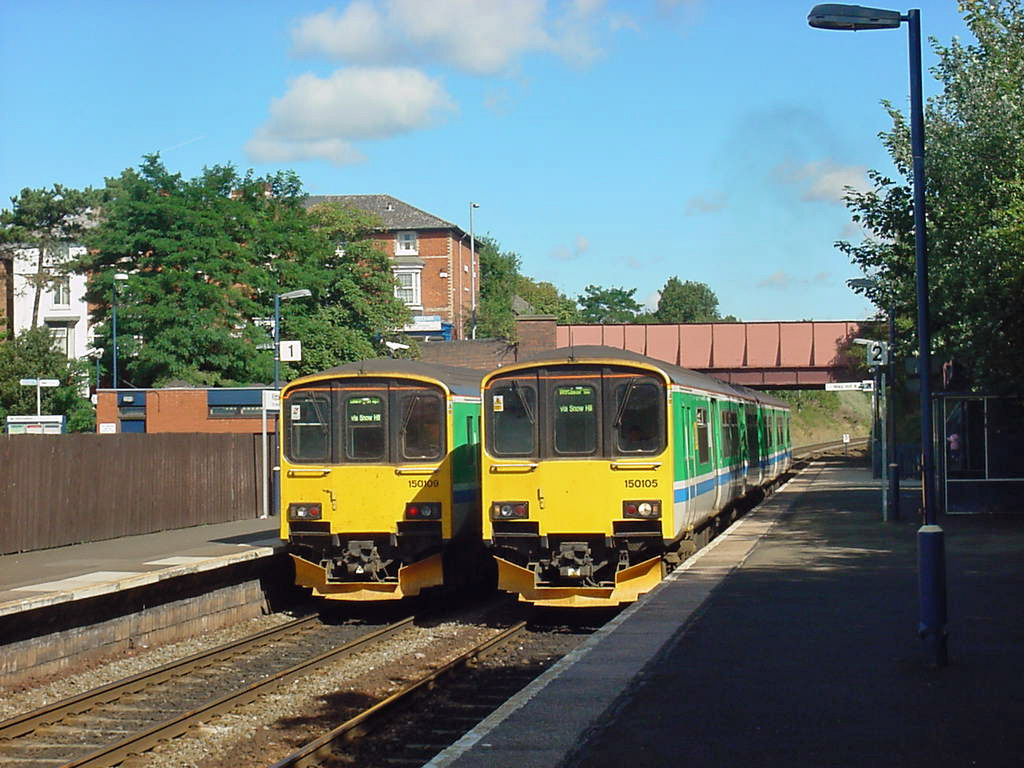 A busy scene as two Centro class 150 diesel multiple units pause at Kidderminster. On the left is three-car No.150109 on the 11:00 from Worcester Foregate Street to Leamington Spa whilst on the right is two-car No.150105 on a train to Worcester. Photograph taken by Andrew Smith on 4th September 2001. 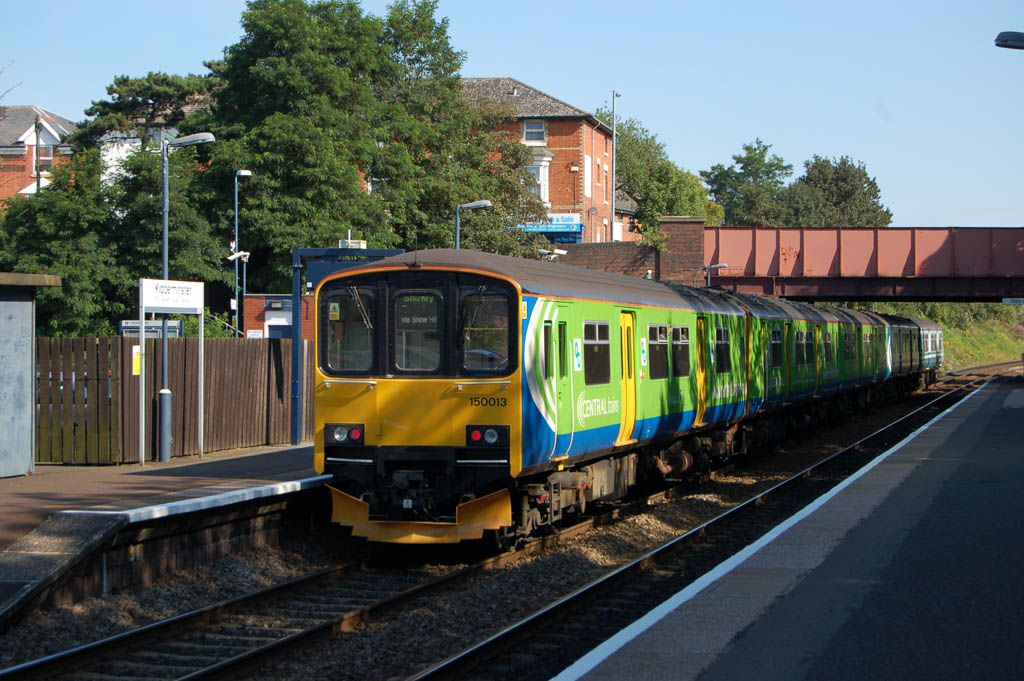 For many years the road bridge was the only means for intending passengers to get from the ticket office which is on the Birmingham platform to the other side of the line. A new footbridge has since been erected. This photograph, taken by Andrew Smith on 23rd August 2007, shows three-car class 150 diesel multiple unit No.150013 with two-car class 150 No.150213 leading a service towards Birmingham Snow Hill. 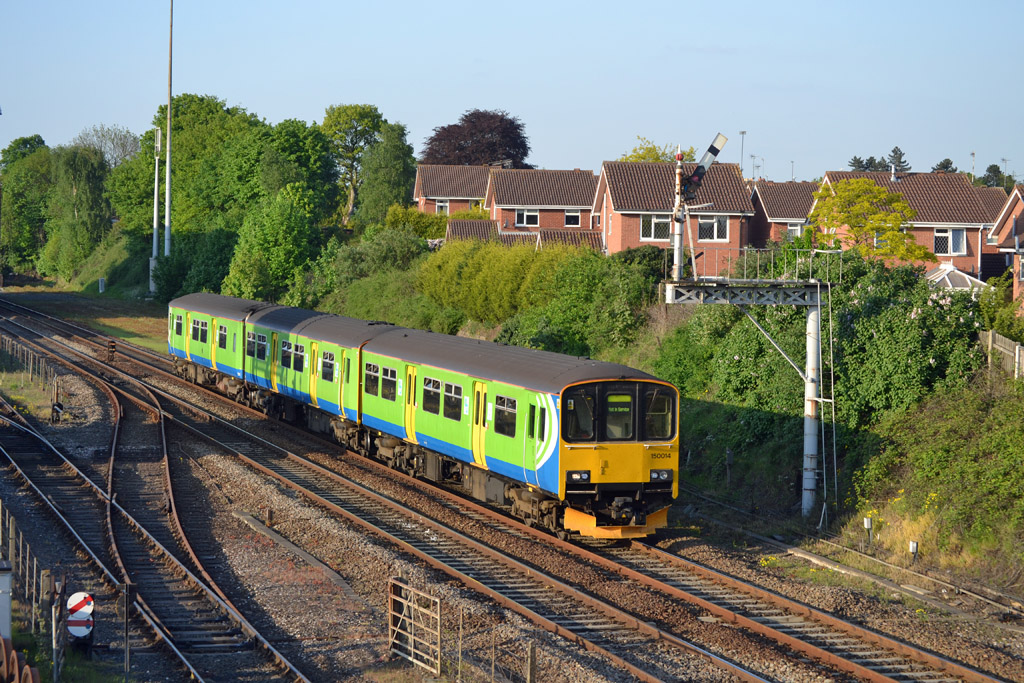 Late in the afternoon of 27th April 2011 class 150/1 three-car diesel multiple unit No.150014 passes the impressive signal gantry at Kidderminster with the empty stock from the 17:42 terminating service from Whitlocks End. The signal gantry was removed in August 2012. Photograph taken by Andrew Smith. 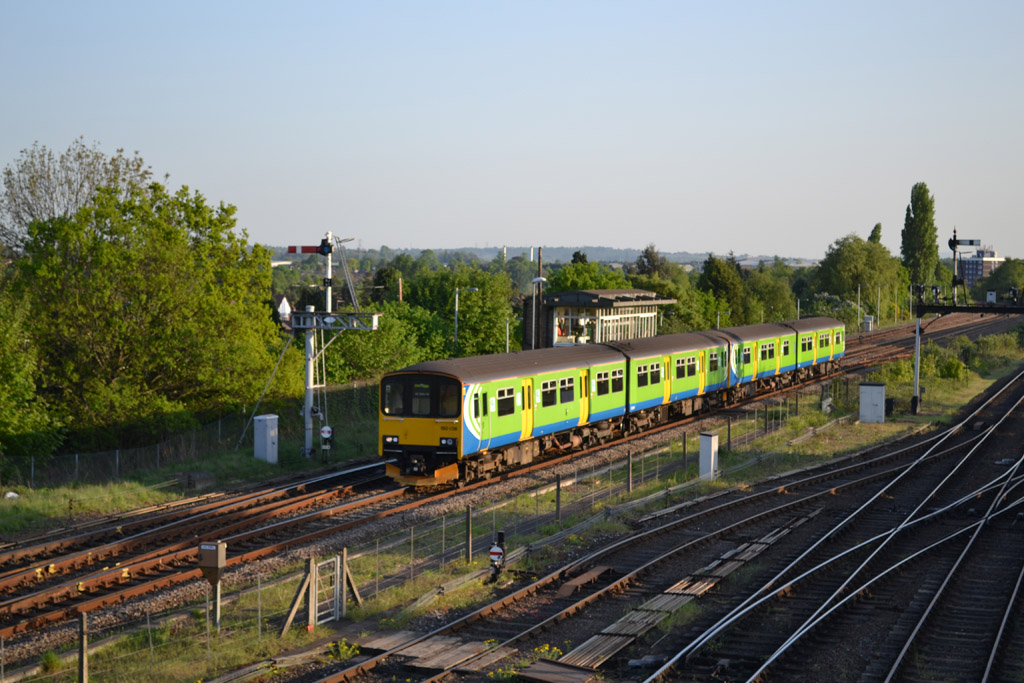 There is much of interest in this photograph taken at Kidderminster on 27th April 2011. The tracks on the right hand side of the photograph belong to the Severn Valley Railway whilst those to the left hand side of the fence are on the main line railway. The signal box which controlled the semaphore signals, including those to a turnround siding behind this pair of class 150/1 two-car diesel multiple units, was closed in August 2012. The train which is formed of units Nos.150108 and 150101 is the 18:46 service from Worcester Shrub Hill to Dorridge. Photograph taken by Andrew Smith. 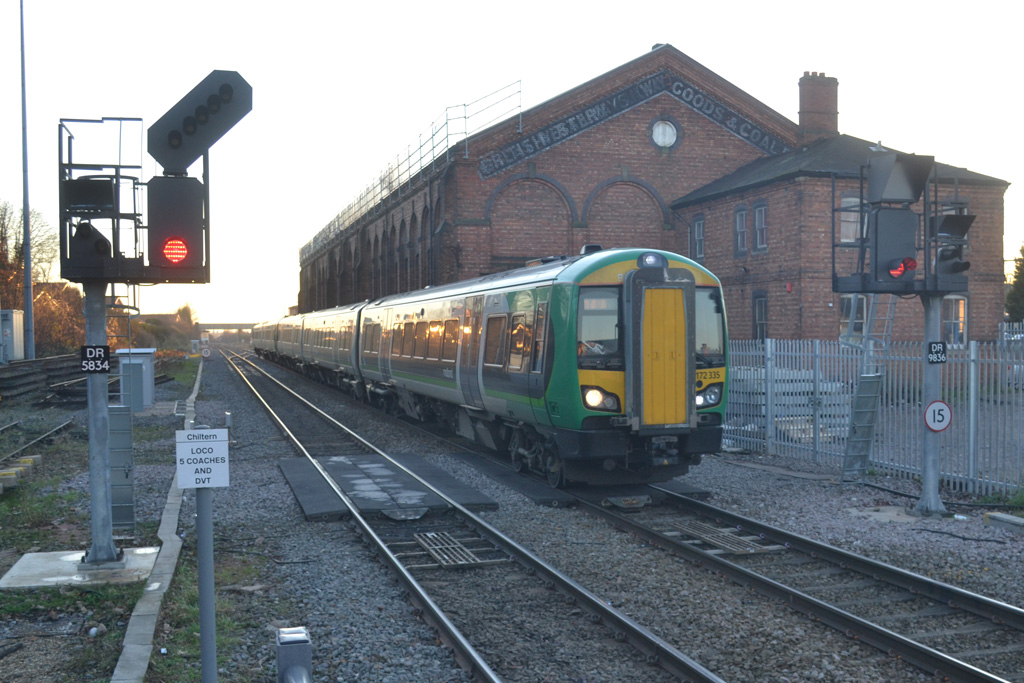 Three-car class 172 diesel multiple unit No.172335 (with two-car unit No.172218 at the rear) arrives at Kidderminster Station with empty carriages to form the 15:26 London Midland service to Whitlocks End, having just used the cross-over behind the train. Photograph taken by Andrew Smith on 1st December 2012.

There was also a locomotive shed at Kidderminster. This was situated on the south side of the Severn Valley line and is now a housing estate.

Gerald Wadley visited Kidderminster on 20th March 1960 when he recorded the following former Great Western Railway engines on the shed:

Kidderminster shed was closed in August 1964. 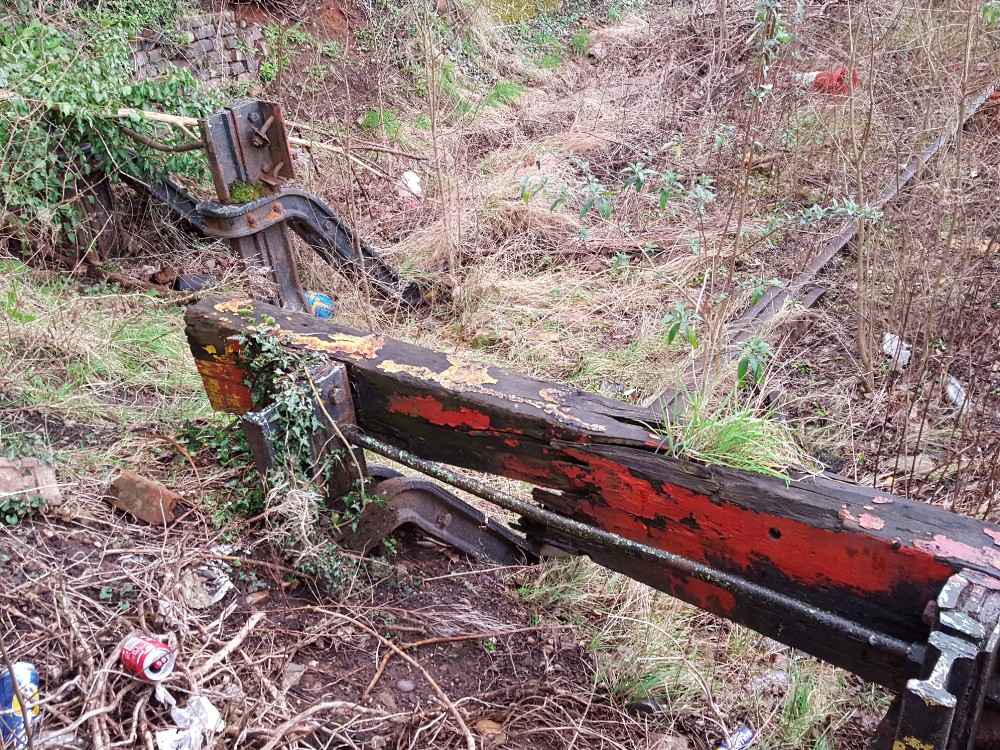 An interesting buffer stop at Kidderminster on 7th March 2016.
Back to content