John Cadbury (1801-1899) was the first of the Cadbury family to become involved in chocolate when he opened his shop in Bull Street, Birmingham in 1824. In 1847 the construction of a new railway tunnel forced John to move premises and he rented a factory in Bridge Street. John Cadbury retired in 1861 and the business was taken over by his sons, George and Richard. As the business built up the Bridge Street premises was no longer large enough so in 1878 the Cadbury Brothers bought a large plot of loan at Bournville. The Bournville site had excellent rail and canal connections. It was located alongside both the Birmingham West Suburban Railway (owned by the Midland Railway and soon to be double tracked and extended to New Street station) and the Birmingham and Worcester canal. The Bournville factory opened in 1879, at a time when the village was still a part of Worcestershire. 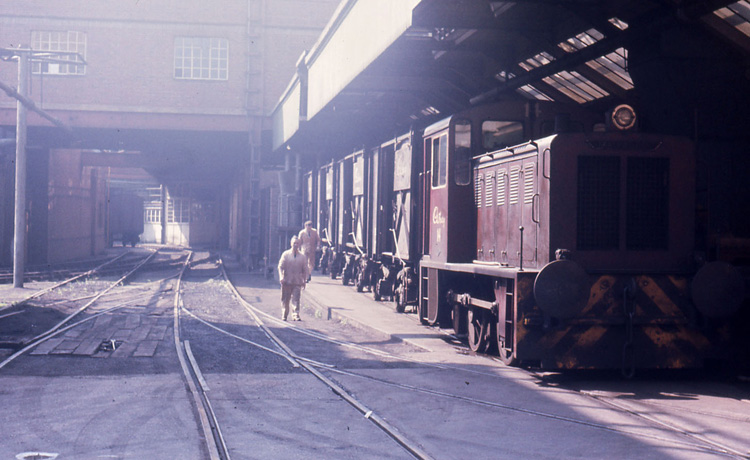 This evocative photograph of No.14 (North British No.28037 of 1961) was taken on 8th May 1976 and is courtesy of the Industrial Railway Society Howard Earl collection.

Sidings into the Cadbury factory were first laid in 1884 and one steam locomotive was used. Later a small bridge was constructed over the Birmingham West Suburban Railway into 'Waterside Sidings' alongside the Birmingham and Worcester canal. The sight of steam locomotives in these sidings will be familiar to anyone who travelled into Birmingham New Street from the Worcester or Gloucester lines. Steam inevitably gave way to diesel traction until that too were ousted by road transport. Rail traffic ceased on 28th May 1976. 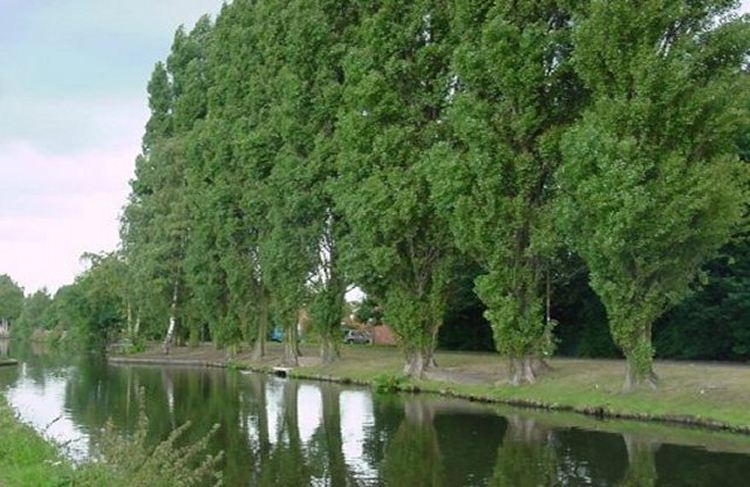 In this photo the Cadbury factory and main line railway are out of shot to the left of the Worcester and Birmingham canal. The 'Waterside Sidings' and warehouses are now occupied by these trees and a housing estate. 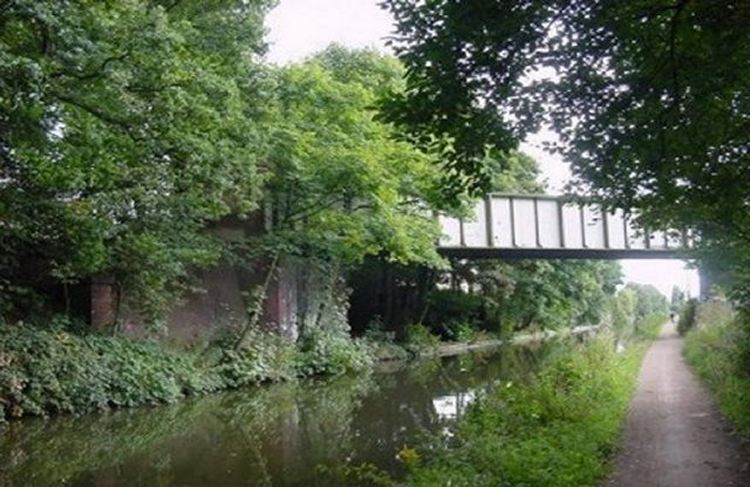 This bridge that formerly connected the two sides of the Cadbury internal railway is a curious survivor and one of the few remaining relics. It was built in 1925 to connect the factory with a new warehouse on the opposite bank of the canal. 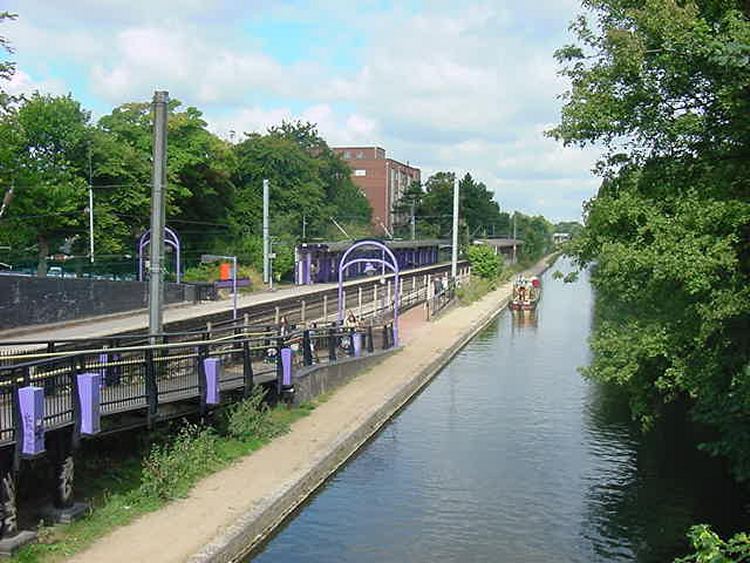 This photograph shows Bournville Station with the Birmingham and Worcester canal in the foreground and the Cadbury factory behind.

These photographs were taken by Andrew Smith on 3rd and 11th September 2001.