Adrian Booth, visiting the area from his native Yorkshire, made a leisurely visit to Worcester Shrub Hill on 5th June 2011 and took these photographs. 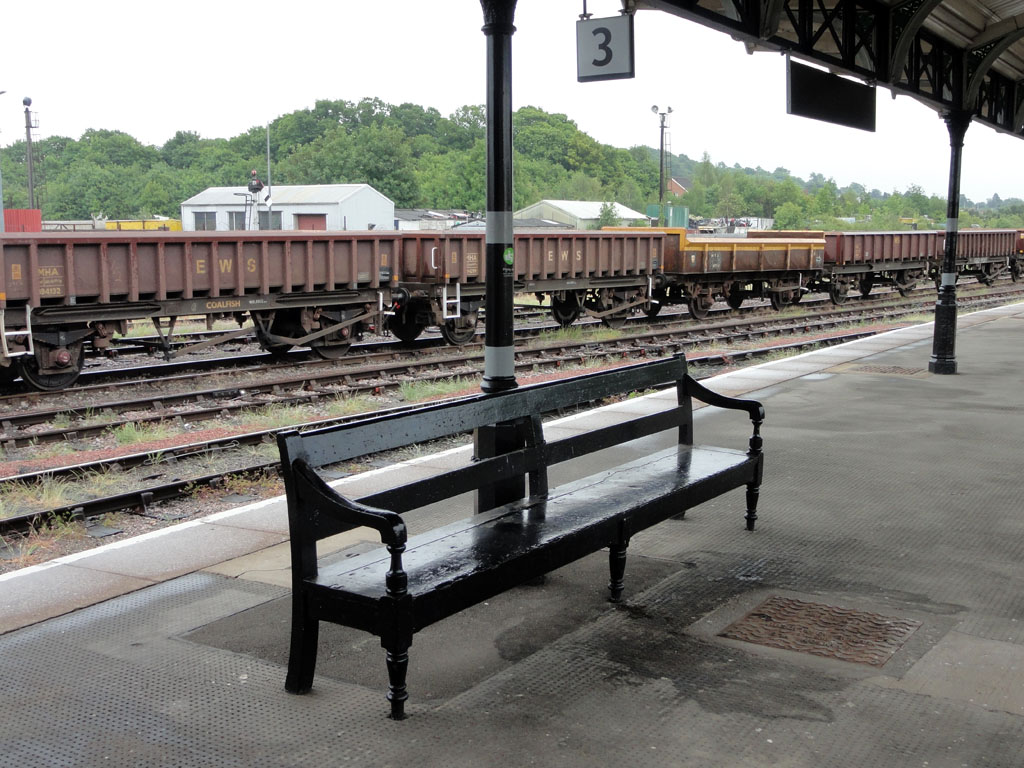 A lone seat greets passengers waiting to travel from Platform 3. The yards played host to a rake of wagons, mostly MHA 'Coalfish' type, but the third one from the left is a type MTA. 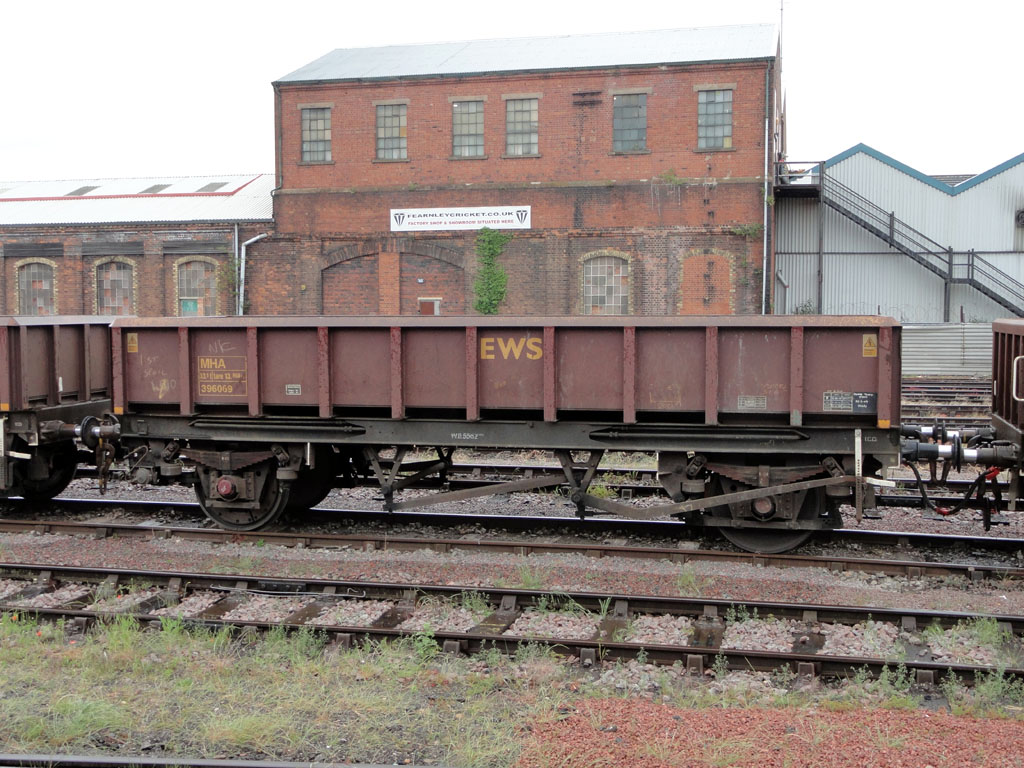 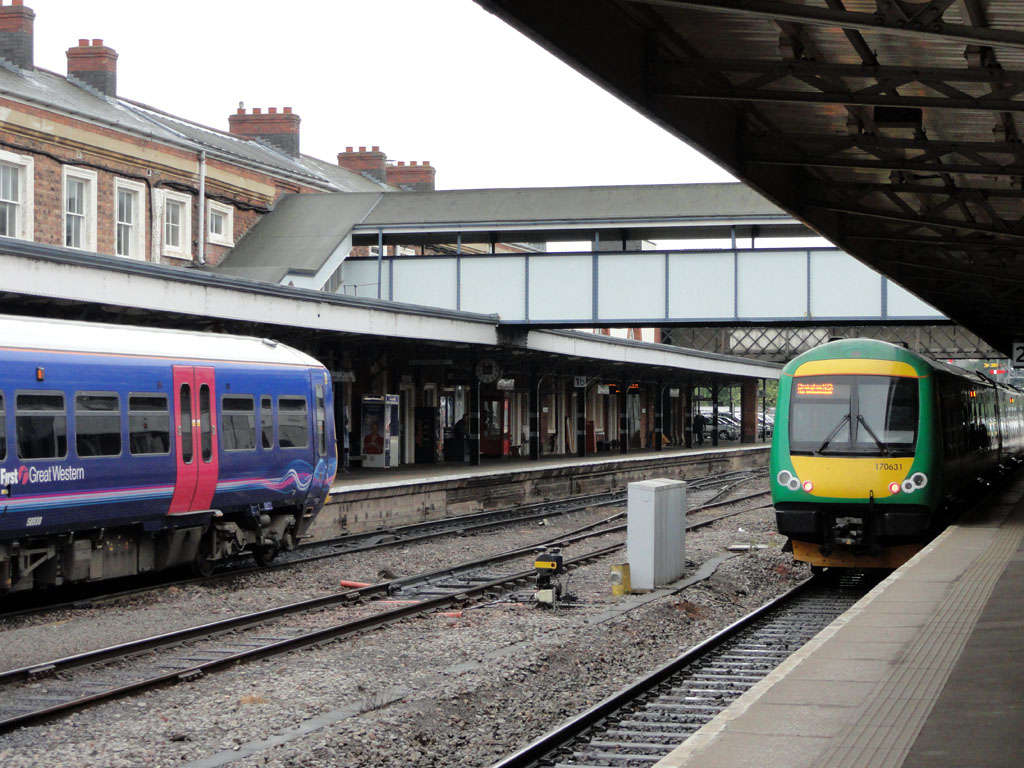 London Midland class 170/6 three-car diesel multiple unit No.170631 has just arrived at Platform 2 with the 15:30 service from Hereford to Birmingham New Street whilst the south end of Platform 1 is occupied by class 165 two-car diesel multiple unit No.165123 with the 16:27 First Great Western service from Worcester Shrub Hill to London. The class 165 seems a poor substitute for the 125 mph High Speed Train advertised in the public timetable. 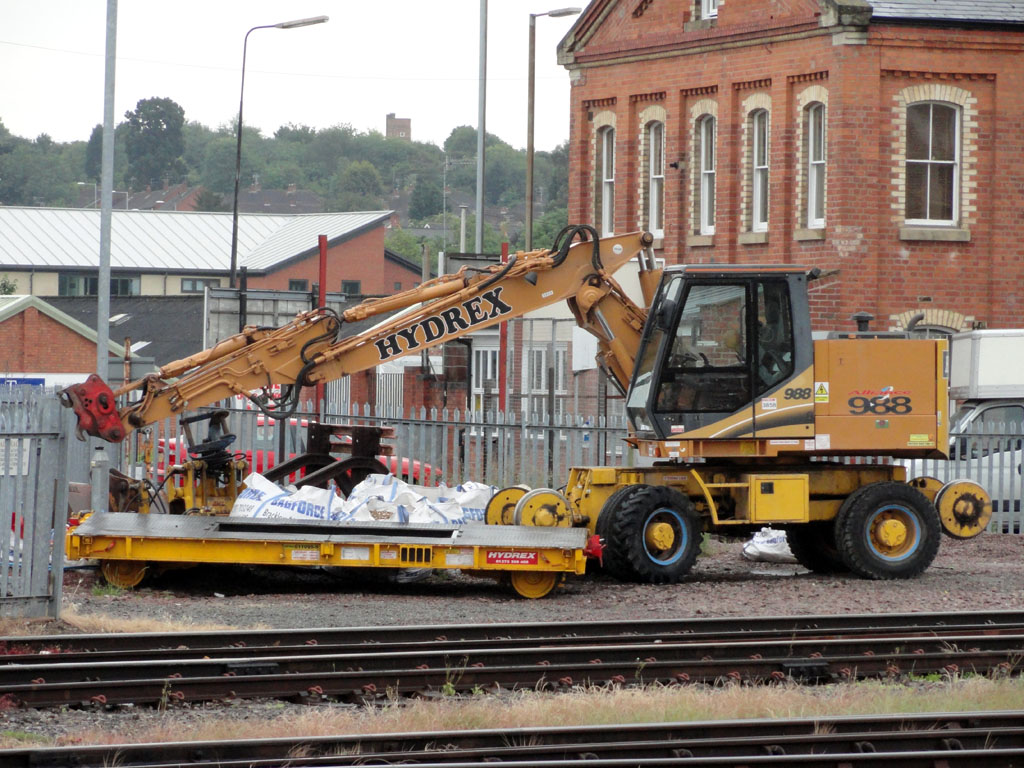 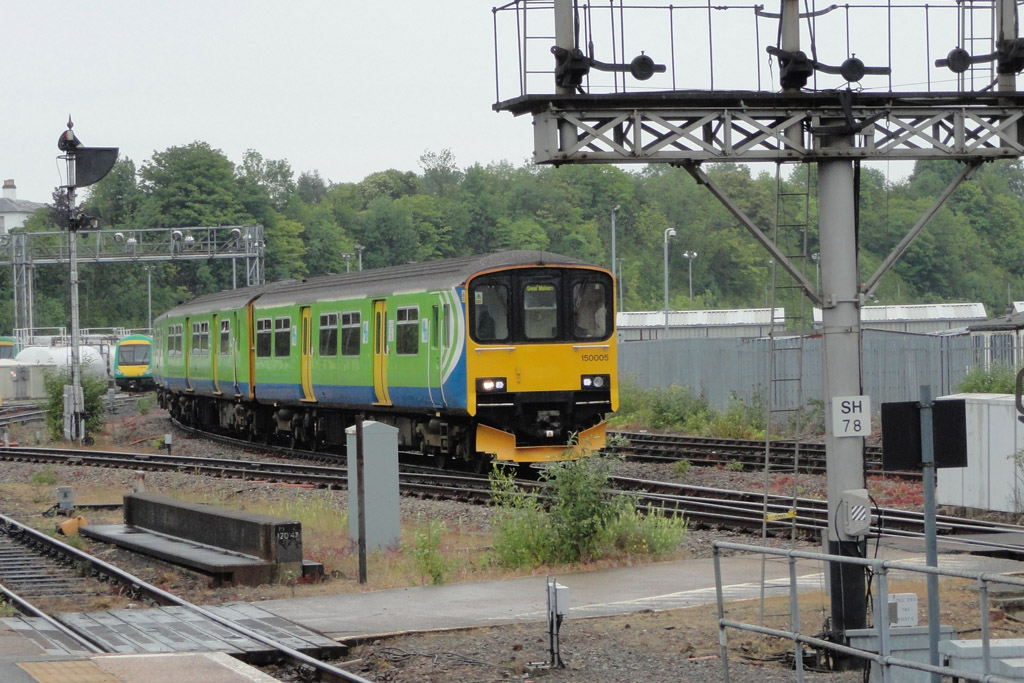 Andrew Smith spent five hours at Shrub Hill from shortly after 9am until the gathering gloom prevented further photography. In 2011, most services from Shrub Hill to Birmingham tooke the line via Stourbridge to Snow Hill but a few including the 08:49 London Midland service from Hereford went via the Bromsgrove line to New Street. On this occasion the train was worked by two-car class 170 diesel multiple unit No.170512. DB Schenker class 66 diesel locomotive No.66119 in the yard at Worcester, waiting for a path through Honeybourne to Long Marston. Three-car class 172 diesel multiple unit No.172336 can be seen at Platform Two having arrived empty to work the 10:47 London Midland service to Whitlocks End. DB Schenker class 66 diesel locomotive No.66099 on the station avoiding lines with the 09:25 from Round Oak to Margam (headcodee No.6V07). The 10:51 First Great Western service from Great Malvern to Brighton became a regular duty for a South West Trains livery two-car class 158 diesel multiple unit in 2011. No.158889 had charge of the service on 24th November 2011. On the day it was announced that five-car class 180 'Adelante' units (the signs for which were never removed after the 180s were transferred away) were to return to the line to replace the class 166s on these semi-fast services, No.166216 had charge of the 12:06 First Great Western service from Worcester Foregate Street to London Paddington arriving at Shrub Hill. The 08:23 First Great Western service from Southampton Central to Great Malvern was operated by an Arriva Trains Wales two-car class 150 diesel multiple unit for most of 2011 but the transfer of former London Midland units to First Great Western reduced the need for this hire arrangement. Unbranded No.150122 made a brief appearance back in home territory before returning south with the 12:51 service to Weymouth. Just visible at the top left is yellow livery No.6923, Hydrex owned Liebherr type A900C2W No.48405 (Network Rail No.99709 940699-0) which is on the site of the former 'Washout' steam shed. The 13:17 London Midland service from Shrub Hill to Dorridge lit by the weak sun as it awaits right time. Two-car class 172 diesel multiple unit No.172211 is at the rear of a four-car train with sister unit No.172218 at the front. After returning from Long Marston (see above) No.66119 left its train of Cargowagons in the yard and ran past the diesel multiple unit stabling sidings whilst running round its train, which then headed back to Didcot.