WORCESTER LOCOMOTIVES AT OTHER LOCATIONS

In this section are a selection of Worcester based locomotives at various locations mostly outside the county. 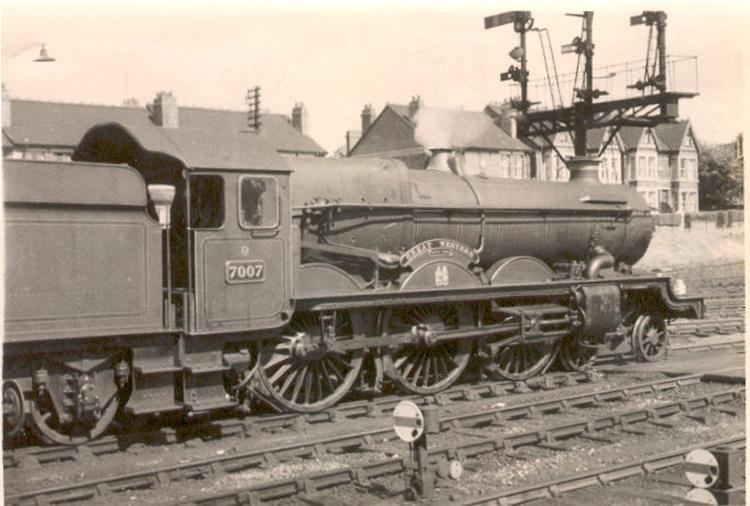 This is Swindon built 'Castle' class No.7007 'Great Western'. This locomotives was built by the Great Western Railway 1946 and spent its entire working life as a Worcester engine being withdrawn for scrap in 1963. Instantly recognisable to local enthusiasts by its crest below the nameplate, the engine was in typical Worcester condition when it was photographed at Hereford on 2nd August 1958. 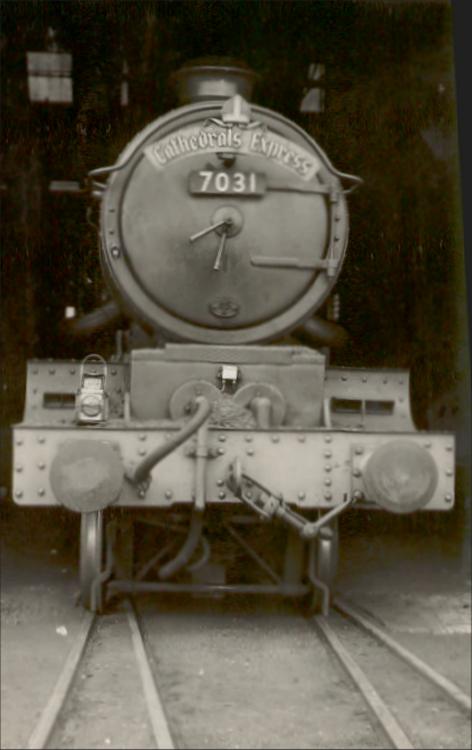 Most of Worcester's passenger turns to Hereford were out and back at a time. The engine would turn at Hereford station and stable with the stock until time to return to Worcester. However the early morning up 'Cathedrals Express' required that a Worcester based 'Castle' class locomotive stable overnight at Hereford shed (Hereford had no 'Castle's at this time). This is No.7031 'Cromwells Castle' on Hereford shed on 6th May 1962. This engine had been transferred to Worcester from Swindon in March until withdrawn in July 1963 after only 13 years in service. 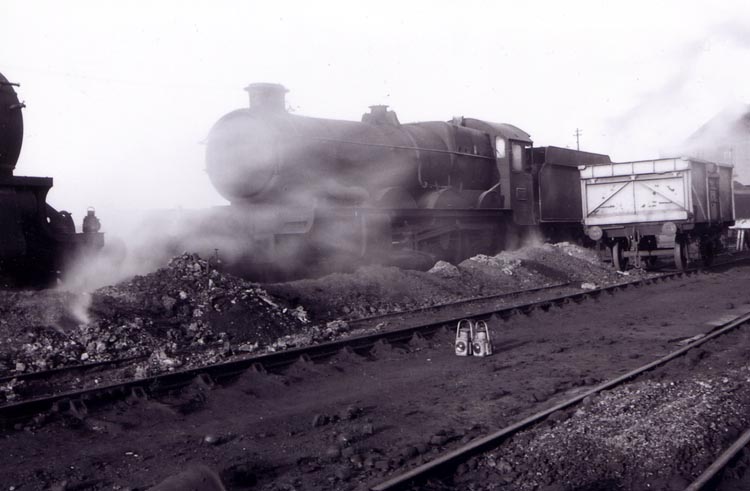 This fine image of a 'Castle' class 4-6-0 locomotive in its last few days of service was taken by Robert Pritchard at Oxley Shed on Sunday 24th January 1965. The locomotive is former Worcester favourite No.7023 'Penrice Castle' by this time running without nameplates. The locomotive had been transferred to Oxley from Worcester in June 1964. 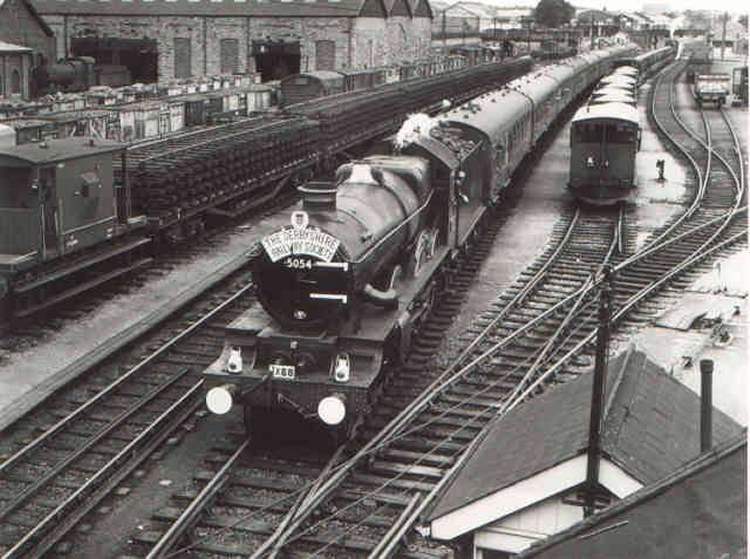 A special train carrying headcode '1X68' waits at Hereford on 12th July 1964 for the return of a tour party after a shed visit. No.5054 'Earl of Ducie' is attached to a straight sided tender and is in immaculate external condition as were many Worcester 'Castles' during their final months of operation. The 'Earl' was regularly in use on railtours in the spring of 1964. From 1967 to 1972 banking on the Lickey Incline was undertaken by 'Hymek' class 35 diesel hydraulic locomotives based at Worcester Depot and outstationed at Bromsgrove. Initially Cardiff Canton allocated a semi-dedicated fleet of five 'Hymeks' (Nos.D7021 to D7025) for this work. Phil Bullock advises that these locomotives had the first stage of their transmissions locked out to prevent a tendency for them to float between first and second stages at key moments when maximum power was required. When not being used for banking these locomotives were often used on local services from Worcester. The two photographs above (Douglas Clayton photographs, Industrial Railway Society copyright) show two of these 'Hymeks' Nos. D7021 and D7025 at Birmingham New Street Station which had been attached at Bromsgrove to rescue failed three-car class 120 diesel multiple unit (Nos.50647, 59265 and 50705).