SPECIAL TRAINS IN WORCESTERSHIRE IN 2014 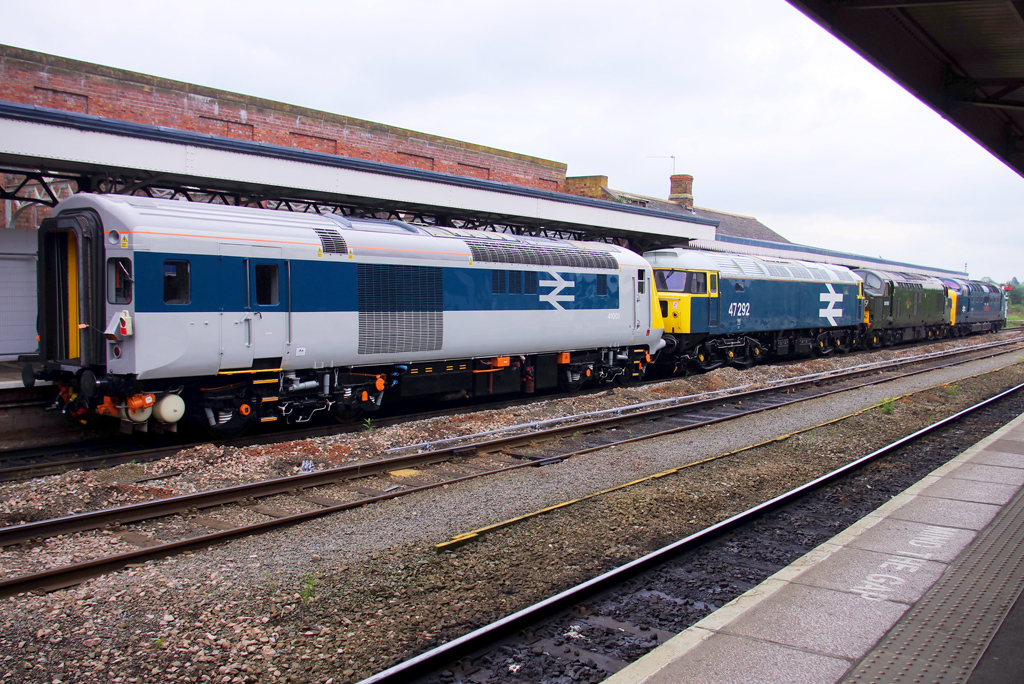 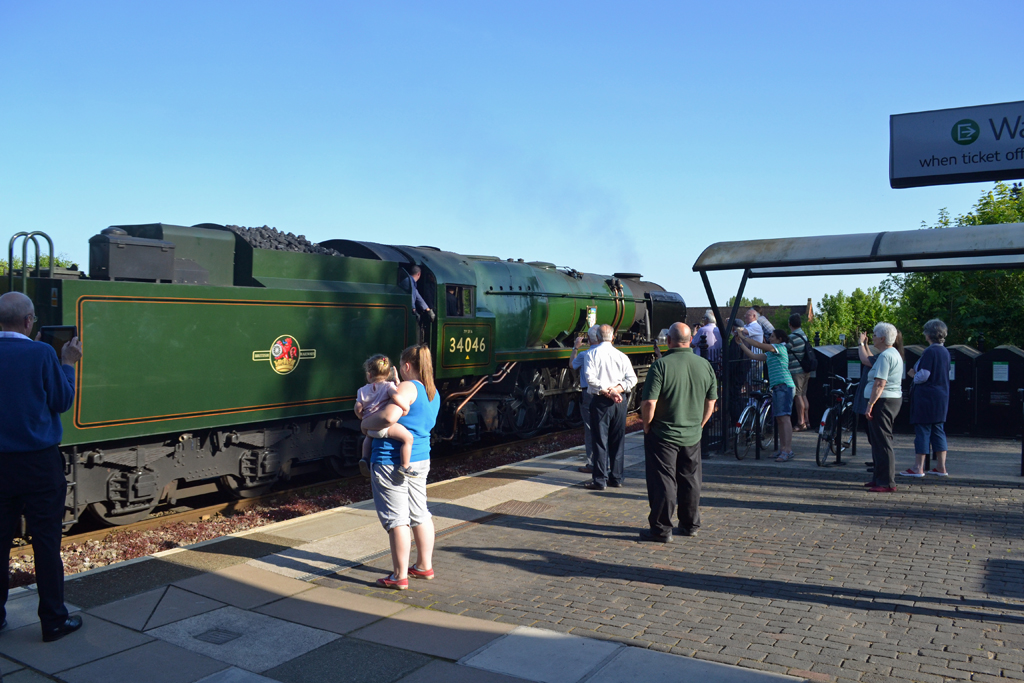 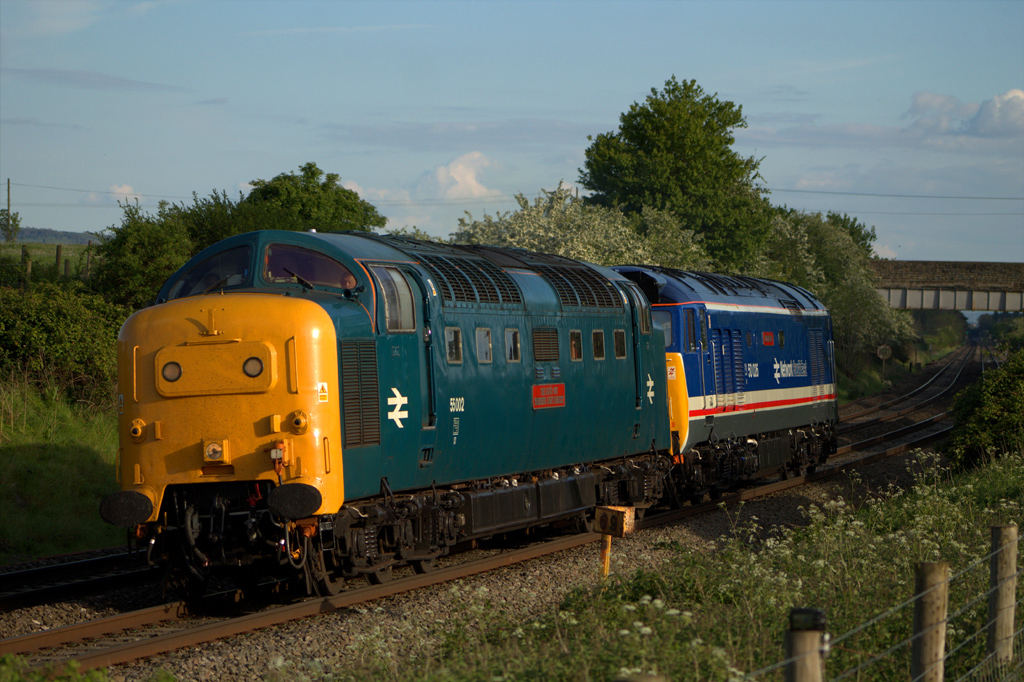 May 2014 saw lots of light engine movements in the county, mostly to or from the Severn Valley Railway at Kidderminster. On 14th May 2014 Phil Blann was at Abbotswood Junction to capture this magnificent photograph of 'Deltic' Class 55 diesel locomotive No.55002 'The King’s Own Yorkshire Light Infantry' and Network SouthEast livery class 50 diesel locomotive No.50026 'Indomitable' returning to Kidderminster from Didcot. 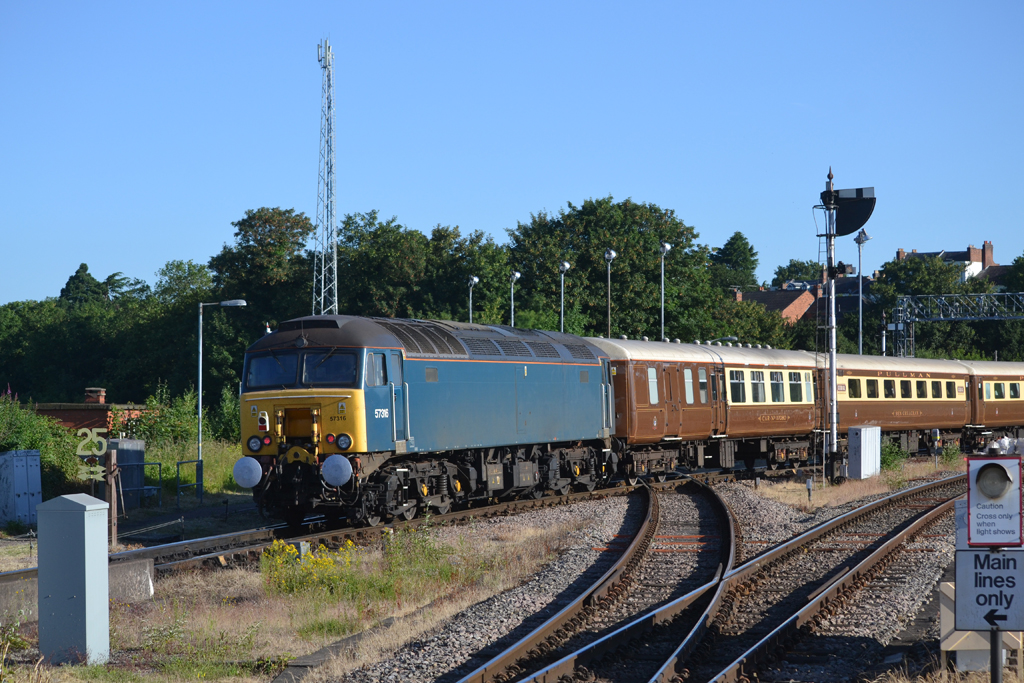 The 2014 Summer Solistice proved to be a vintage day for watchers of the once-ubiquitous "Brush Type 4" diesel locomotive with no less than four passing the cathedral city in less than 30 minutes.

The first train (above top)which is seen approaching Great Malvern Station was powered by West Coast Railways owned No.47786 'Roy Castle OBE' with No.47245 and a rake of red livery carriages. This train was the 06.00 from Hereford to Weymouth known as 'The Dorset Coast Express' (headcode 1Z15). The use of these two locomotives was appropriate for this line as both were allocated to the Western Region of British Railways from new, No.47786 being D1730 of Old Oak Common and No.47245 was D1922 of Cardiff Canton. No.47245 had previously carried the name 'Royal Worcester' which had been unveiled at Worcester Foregate Street Station on 4th September 1985 and were removed in 1994 to make way for its current name. The second train (above bottom) was the 05.29 from Bristol Temple Meads to Blaenau Festiniog (headcode 1Z34) 'Snowdonia Statesman'. This was operated by blue livery class 57 diesel locomotives Nos. 57313 and 57316. The photograph shows No.57316 at the reat of the train as it passes Worcester Depot. These had been been delivered new to Tinsley (41A) in Sheffield as Nos.D1890 (57313) and D1789 (57316).

Both photographs were taken by Andrew Smith.

On 19th October 2014 a special working took place at Worcester Depot when a staged simulated accident training session was held. 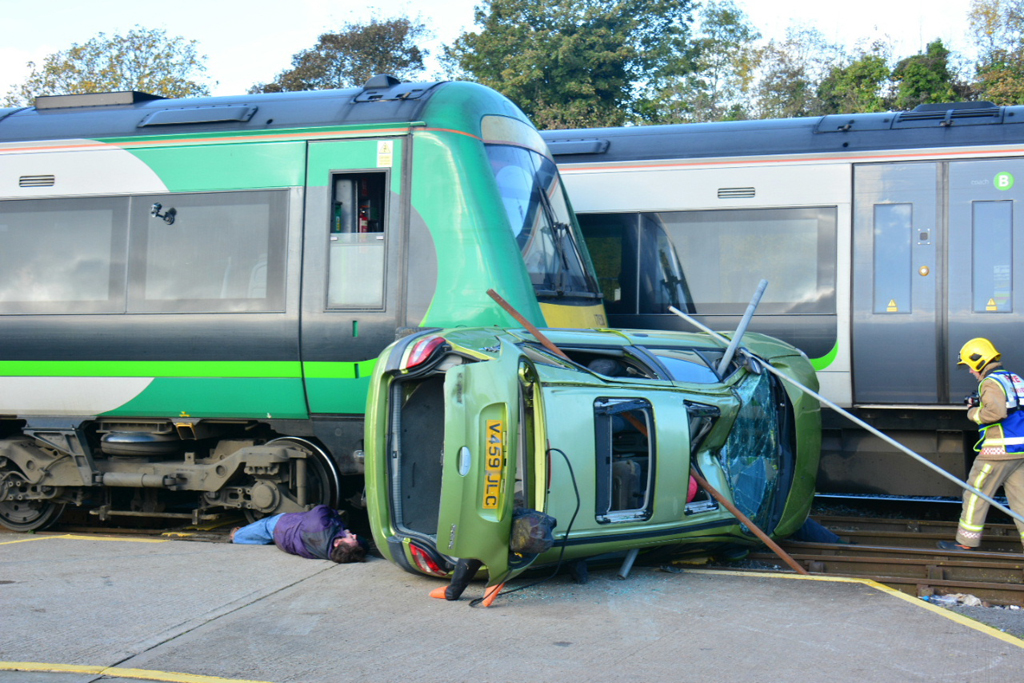 The major railway incident was arranged by Worcester & Hereford Fire & Rescue Services. It involved London Midland two-car class 170 No.170508 hitting a car on a level crossing while at the same time No.170631 was passing the other way. A helicopter hovered over the city centre station and crews from across the county rushed to the site, acting as they would in the case of a real emergency. It started off at 10.00 as a fire incident, but it very quickly became a multi agency incident. Throughout the morning more than 110 people assisted with making the incident realistic acting as travellers on the train or bystanders, some having to be cut free of obstructions as part of the exercise. Many of the volunteers came from the University of Worcester, which also did make up for victims to make the incident even more realistic. There was in excess of 110 casualties. Photograph and caption by Steve Widdowson.