One of the most important engineering schemes in Worcestershire in the 1970s was the 1973 re-signalling at Worcester.. 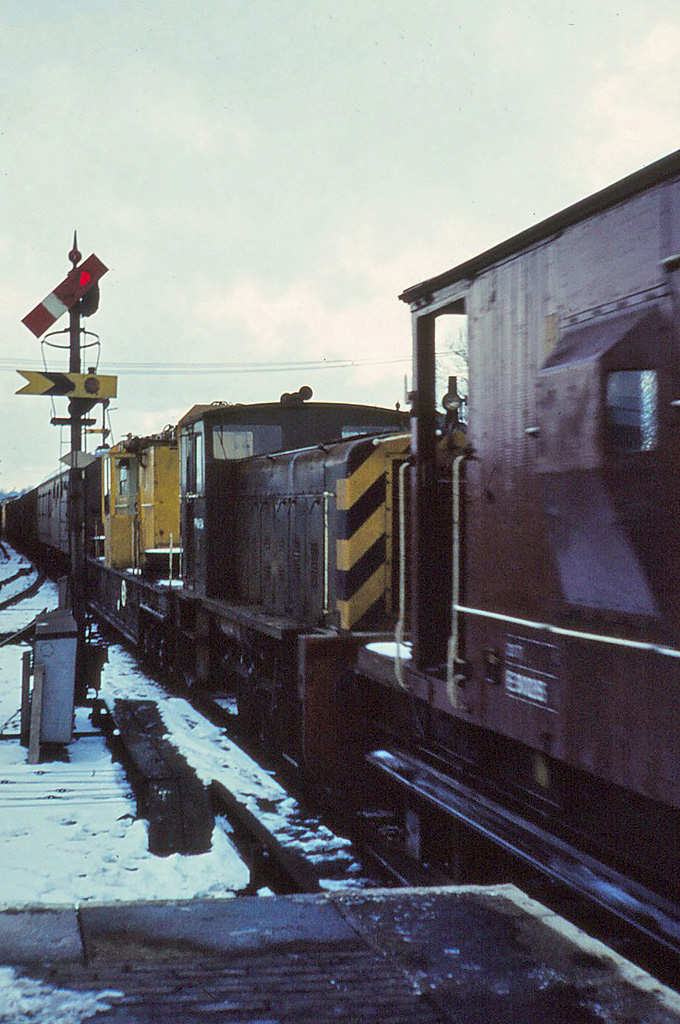 On a snowy 7th March 1970 Pete Wilcox was on hand to photograph the Newland PWM shunter Ruston & Hornsby No.PWM654 coupled inside an engineering train at Worcester Shrub Hill. No.PWM654 had arrived at Newland in November 1965 and was based there for twenty years. 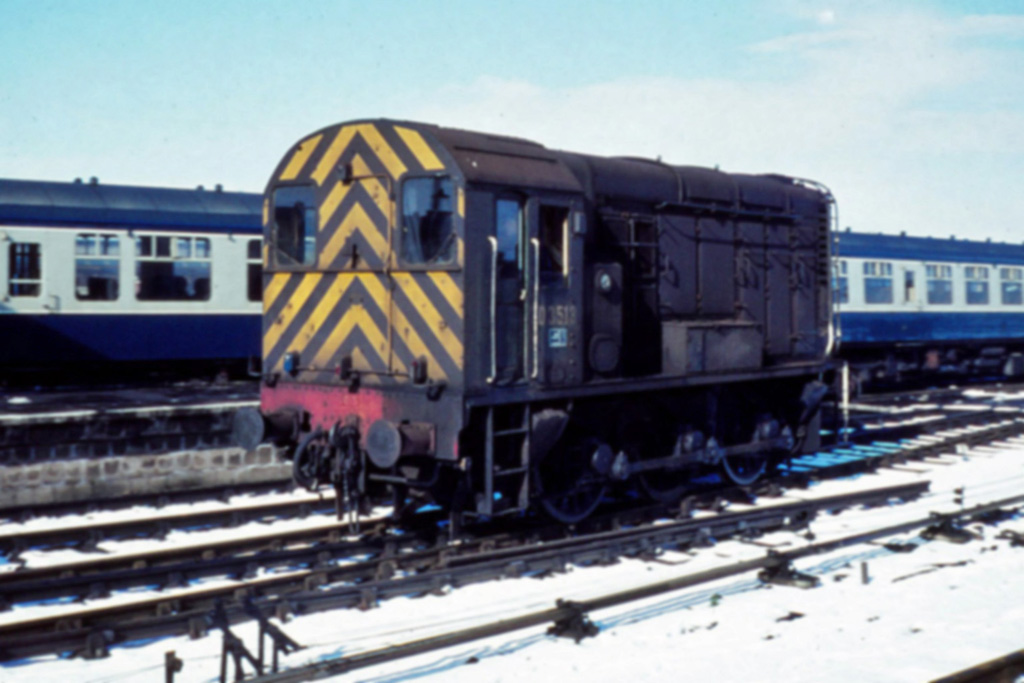 BR class 08 diesel shunter No.3513, a long term resident at Worcester was also photographed by Pete Wilcox at Worcester on 7th March 1970.

The last of the class 43 'Warship' diesel hydraulic locomotives were withdrawn at the end of September 1971. The last one recorded by the MIAC in use in Worcestershire was No.D855 'Triumph' on 21st September 1971. 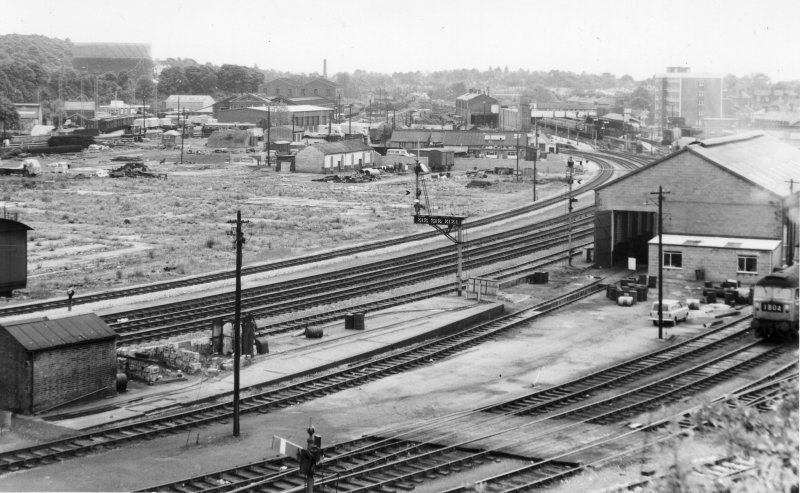 This interesting photograph was made by the late Doug Clayton (used by permission of the Industrial Railway Society) on 31st May 1971. The class 47 locomotive that is stabled on the shed is No.D1923. There are a reasonable number of wagons in the sidings whilst a class 08 diesel shunter has charge of Mark One carriages in Worcester Shrub Hill's 'down' platform. 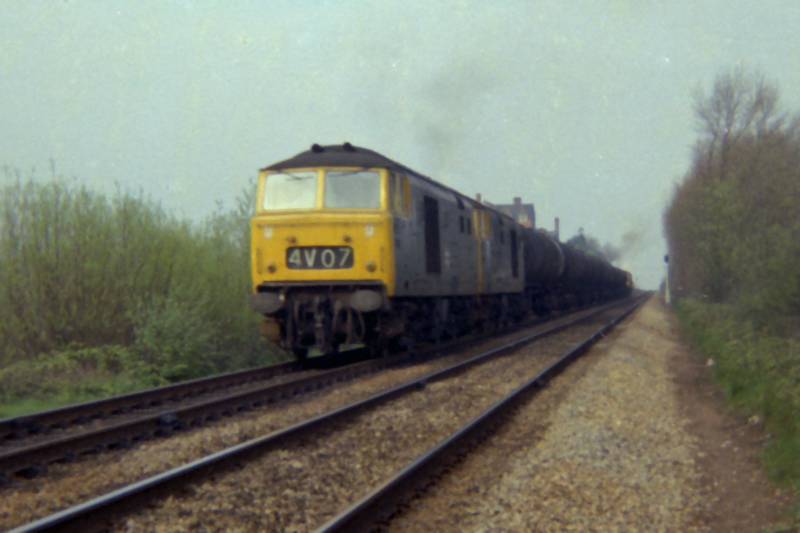 The use of 'Hymek' class 35 diesel hydraulic locomotives as banking engines on the Lickey Incline was coming to an end when Nos.D7004 and D7075 were photographed at Vigo with a loaded fuel oil train hauled by class 47 locomotive No.D1902. The train was photographed on 21st April 1972. 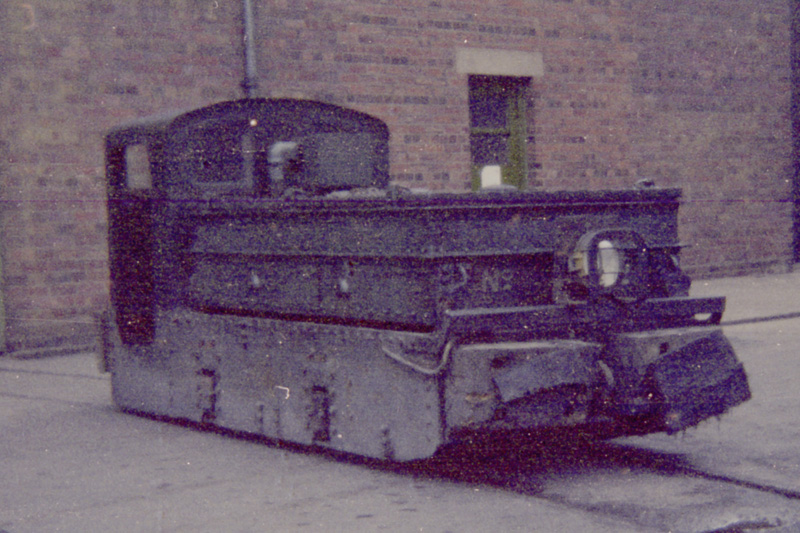 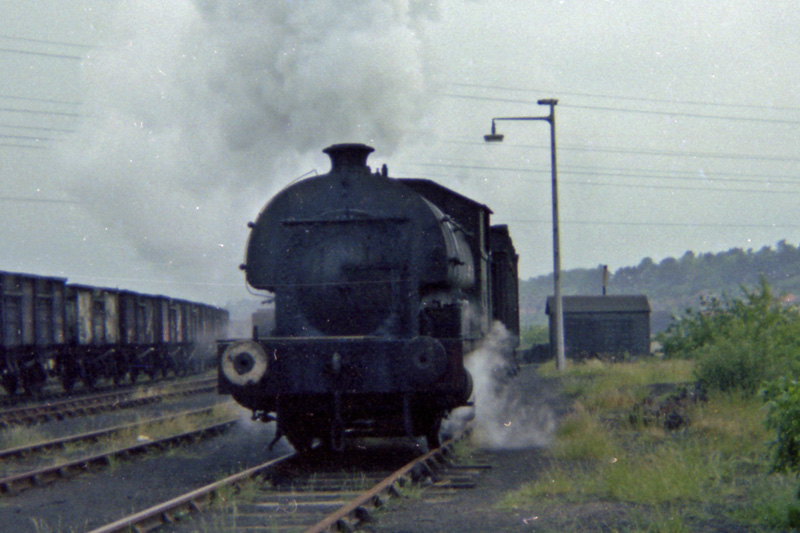 These two photographs were taken at CEGB Stourport Power Station on 24th June 1972. The top photograph shows English Electric/Dick Kerr built battery locomotive No.688 built in 1925. The locomotive was scrapped in 1984. The bottom photograph is of 'W.A. No.2' Peckett 1893 of 1936 which went for preservation in August 1977. CEGB Stourport was the last industrial location in Worcestershire with working steam locomotives. 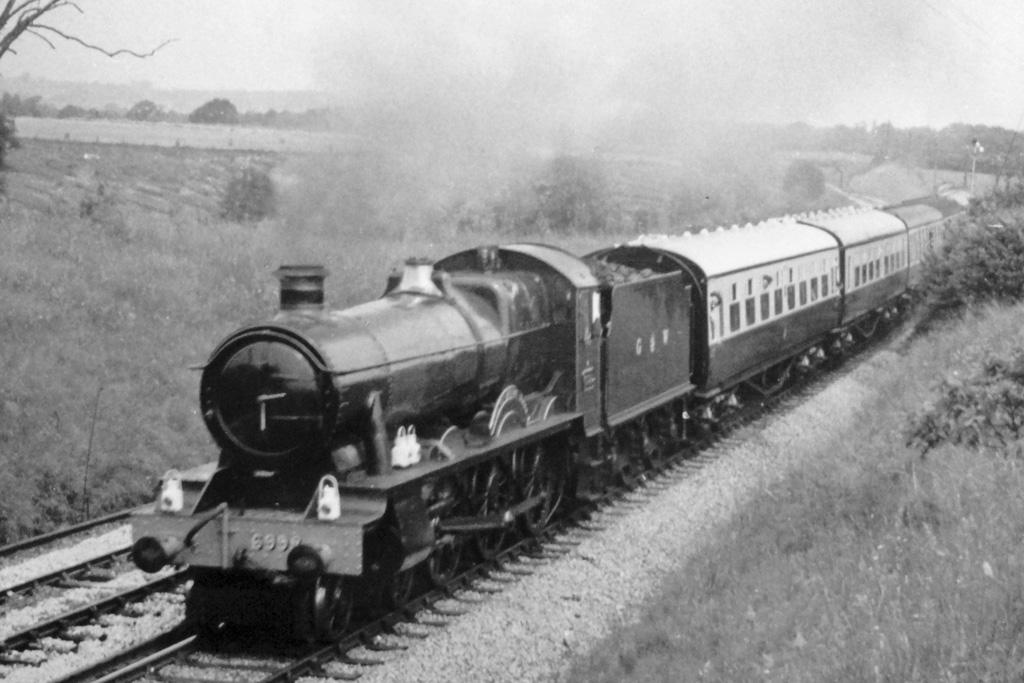 Ex-GWR 'Hall' class 4-6-0 locomotive No.6998 'Burton Agnes Hall' approaching Newland on the line between Worcester and Hereford with a steam special. Photograph taken by Adrian Booth on 24th June 1973 . The locomotive got its name from a stately home on the outskirts of Bridlington, East Yorkshire. 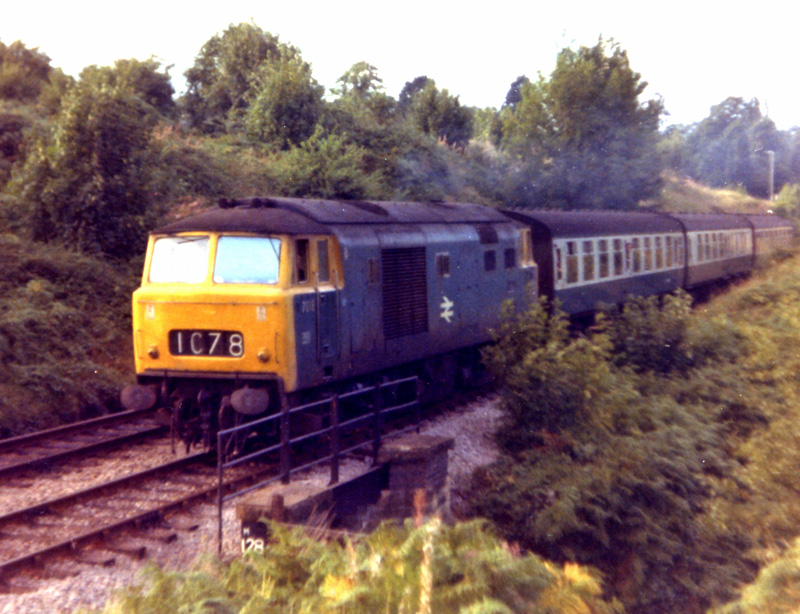 'Hymek' class diesel hydraulic locomotive No.D7026 at Malvern Common on an evening express from Paddington to Hereford in September 1973. 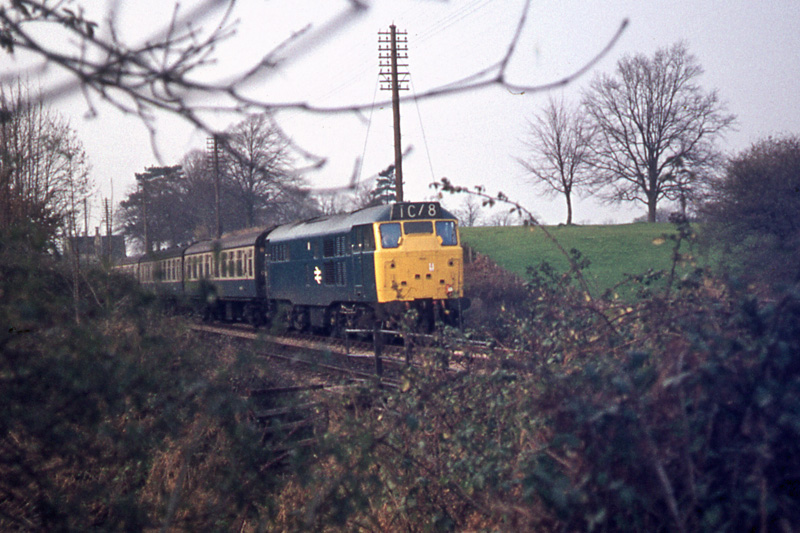 The early withdrawal from service of the class 35 'Hymek' locomotives resulted in a very poor decision to put Old Oak Common based Class 31 locomotives in charge of the express passenger services from London to Worcester and Hereford. The locomotives were grossly underpowered for these duties with the result that timekeeping became very poor. An unidentified member of the class has charge of the Hereford portion of service 'IC78' from London. The photograph was taken in February 1974. 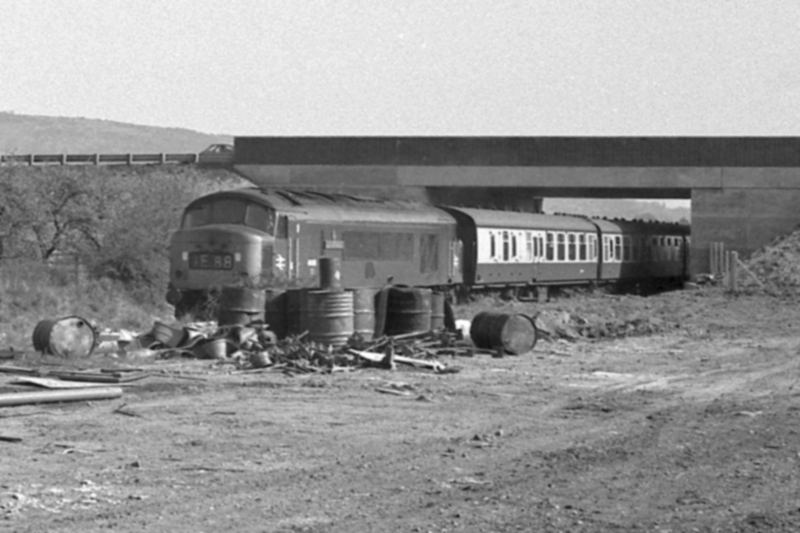 'Peak' Class 46 diesel electric locomotive No.46026 (formerly D163) was the only one of the later batch of class 46 locomotives to carry a name as seen in this photograph taken at Defford on 16th April 1974. It carried the name 'Leicestershire and Derbyshire Yeomanry' and is seen at the head of a inter-regional express services with the headcode '1E88'.