The Worcester Engine Works Co Ltd was established as engineers, machinists and millwrights about 1865 and built 85 locomotives between then and 1870. These included ten locomotives for the North Staffordshire Railway, forty for the Great Eastern Railway, eight for the Bristol and Exeter Railway and four for the Metropolitan Railway. The final fifteen locomotives were built for an order from Russia.

The Worcester Engine Works Co Ltd was incorporated on May 3, 1864 and was planned on a grand scale, for the purpose of 'construction, repairing, maintaining, selling, hiring and letting of locomotive, marine and other engines, railway plant, and rolling stock.

The company included amongst its shareholders Alexander Clunes Sheriff (after whom the locomotive 'The Sherriff' at Underwood & Co Ltd, Droitwich) is named, Thomas Rowley Hill of Hill, Evans & Co and Walter Holland of Mckenzie & Holland. The authorised share capital was £300,000 and some of the funds raised were utilised to purchase a large tract of land between the Worcester and Birmingham Canal and Shrub Hill Station. The general engineering and bridge building workshops which were located on the west side of Shrub Hill Road commenced operations on 1st July 1864. The locomotive building department was located on the east side of Shrub Hill Road in a fine Victorian building designed by Thomas Dickson.

The 1868 Kelly's Directory lists George Allison (of Grove House, The Tything) as manager and Stephen Woodley (of Sansome Walk) as Secretary of the Company. It failed in 1870 and the building passed into the hands of West Central Wagon Co Ltd in 1872.

The Works was connected to Mckenzie & Holland's Vulcan Iron Works by a tunnel under Shrub Hill Road.

The works were connected to the main line railway by a branch line from the works, across a bridge over Tolladine Road, across the Worcester & Hereford railway line and into the Worcester engine shed yard. This branch line later became part of the 'Vinegar Works' line.

A map of the local area can be found here. 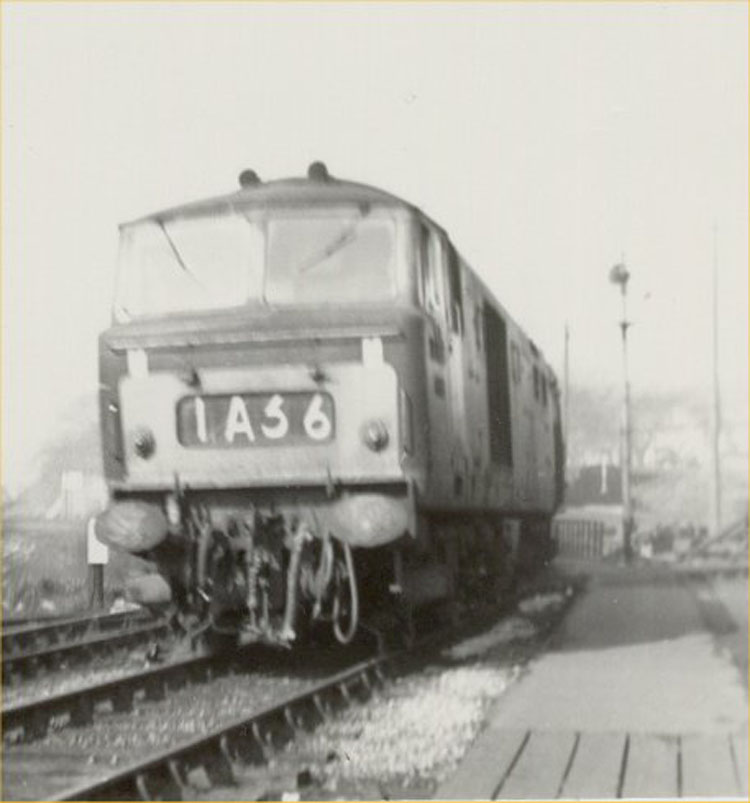 This is location 'R' on the map.

This slightly out of focus photograph of a class 35 'Hymek' heading a Hereford to Paddington train was taken early in 1965. The locomotive has just crossed over the 'Vinegar Works' branch on the level, the tracks of which can be seen coming from the right hand side between the signal and the parapets of the Coal Siding branch line.

In 1882 the main part of the premises that had been empty for over ten years were used for the 'Worcestershire Exhibition'. Provincial exhibitions had been very popular at the time due to the success of the 'Great Exhibition' in London in 1851. Amongst the items exhibited were carriages, boilers, carpets, gloves, needles and sauces.

The premises passed through various owners until in 1903 they premises was purchased by Heenan and Froude Ltd.

More information and a line drawing of Worcester Engine Works Co Ltd's No.35 for the Metropolitan Railway can be found in the following book:

This book gives details of 65 of the 85 locomotives built by the Company Ltd.

Two of the first six locomotives have now been identified by Chris Bailey as:

No.6 was of the same type and went to the same destination. It was No.103 and was called 'Brezany'. 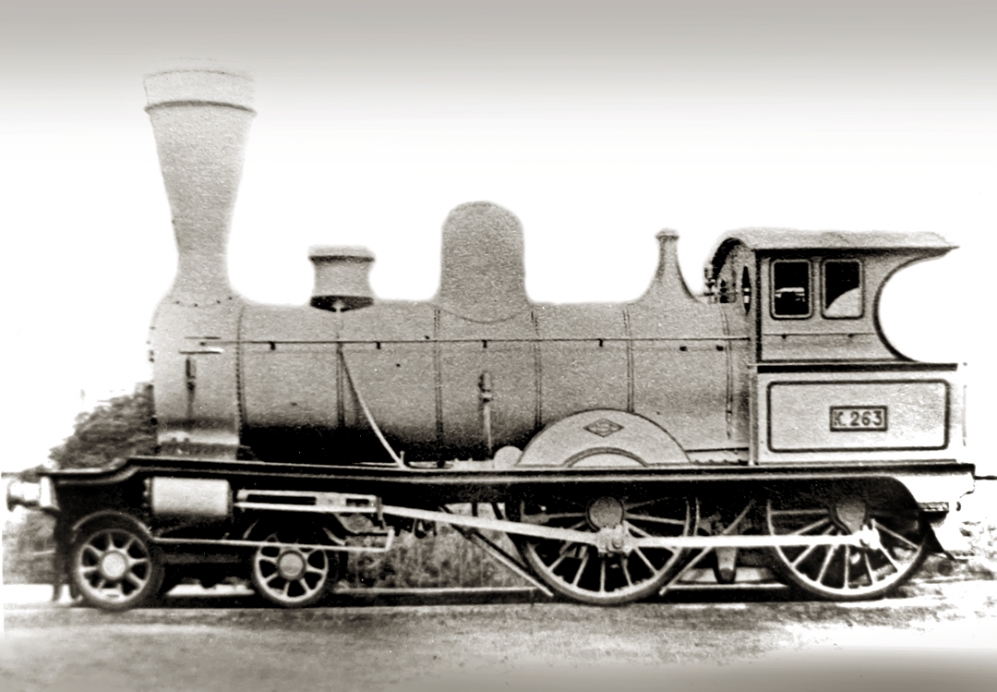 Ian Martin has been researching the last fifteen locomotives built by the Worcester Engine Co Ltd to an order from Russia. He has found a reference to these locomotives in a Russian language book written by a Mr Rakov. In this book Rakov states that "An English Company in Worcester (Yctep) built the following 2-2-0 (ie  4-4-0) locomotives ;- numbers 249 to 263 (works numbers were 70-84). They were  classified class K for passenger trains. The order was for  the Nicholas Railway and they ran between Moscow & St Petersburg. The design was so  successful that the Russians built further batches themselves in 1871 and 1880".
The drawing about is from the collection of Kidderminster Railway Museum.
Back to content