SPECIAL TRAINS IN WORCESTERSHIRE IN 2013 On Sunday 3rd March 2013 a pair of class 47 diesel locomotives with the 'Northern Belle' stock (headcode No.1Z31, 14:10 from Gloucester to Gloucester via Hereford) had a rare outing over the line from Worcester to Hereford. The train was headed by No.47501 'Craftsman' with No.47832 'Solway Princess' at the rear. The first photograph was taken by Robert Pritchard at Malvern Link Station and the others by Robert Cooke at Malvern Wells. 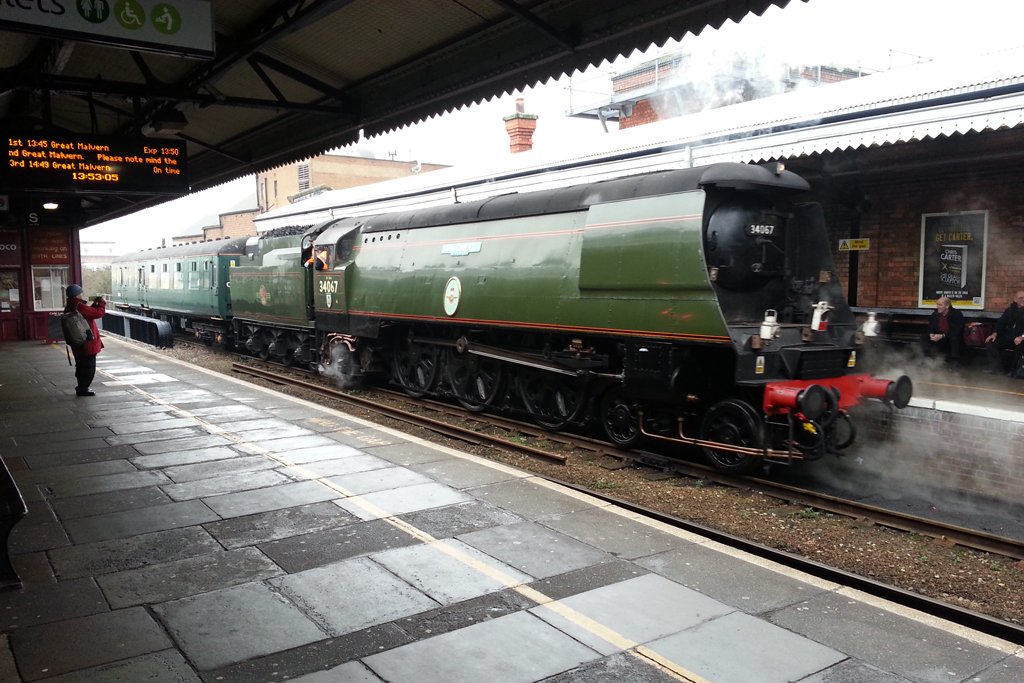 On Saturday 9th March 2013 the Railway Touring Co ran its "Cotswold Venturer" with No.34067 'Tangmere'. The train (train code 1Z71) left Euston at 08.30 and travelled via Evesham to Worcester, returning later via Cheltenham. Dave Coates photographed the locomotive at Worcester Foregate Street Station. 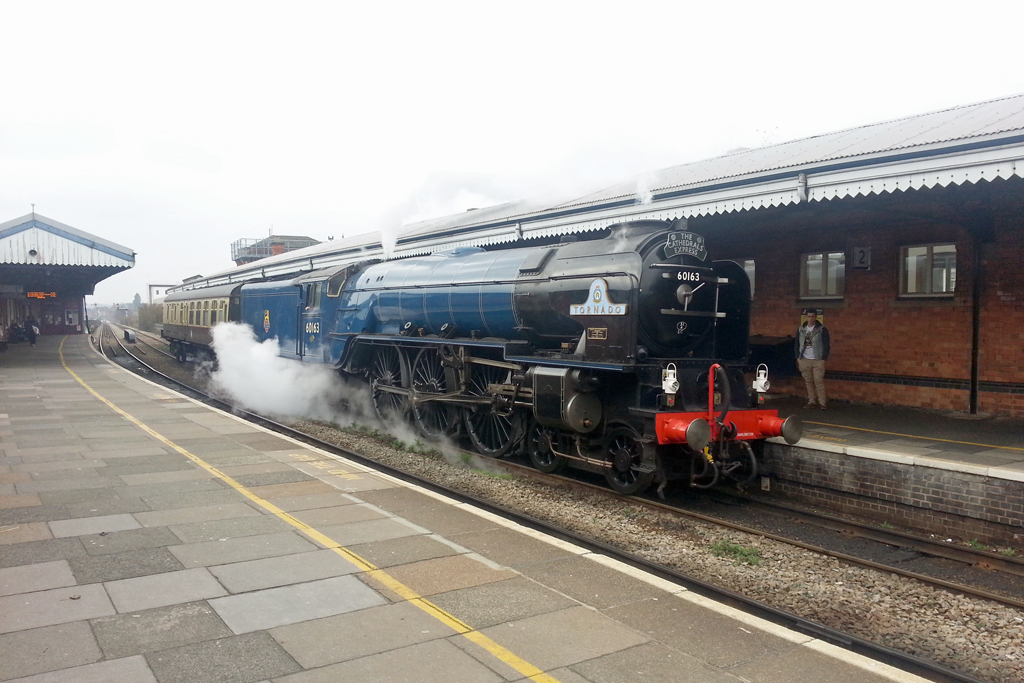 On 19th March 2013, from the same vantage point as No.34067 (above), No.60163 was photographed by Dave Coates. The locomotive had arrived at Worcester on a special train from Paddock Wood (train code No.1Z70) and returned later the same day to Tonbridge. 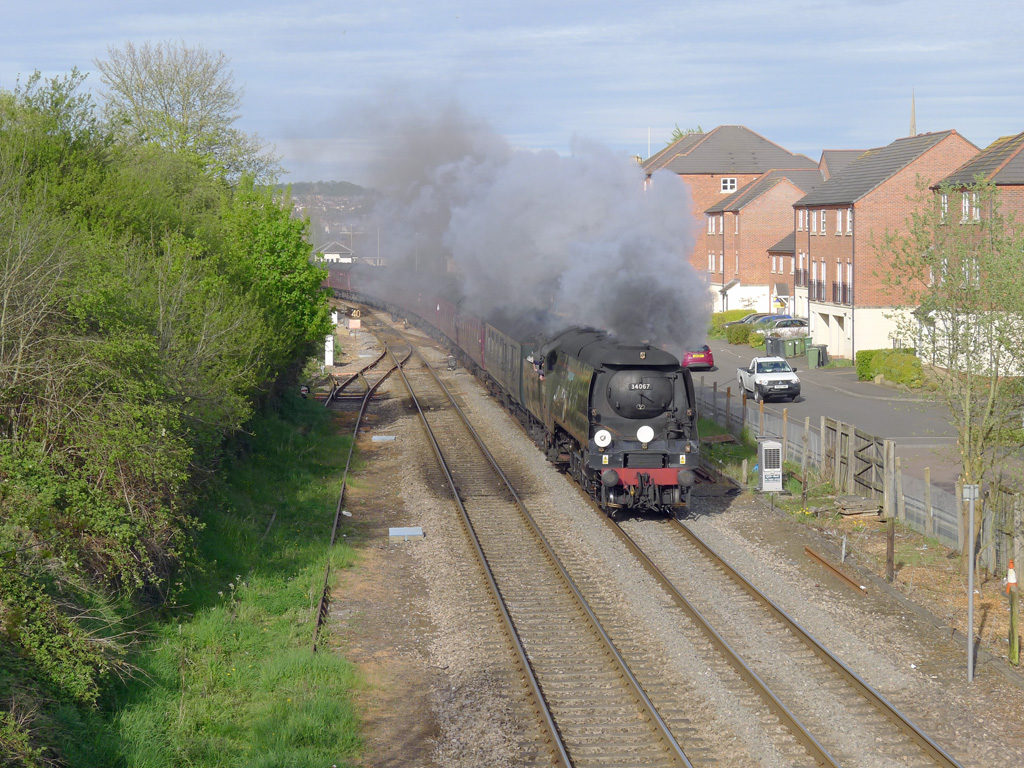 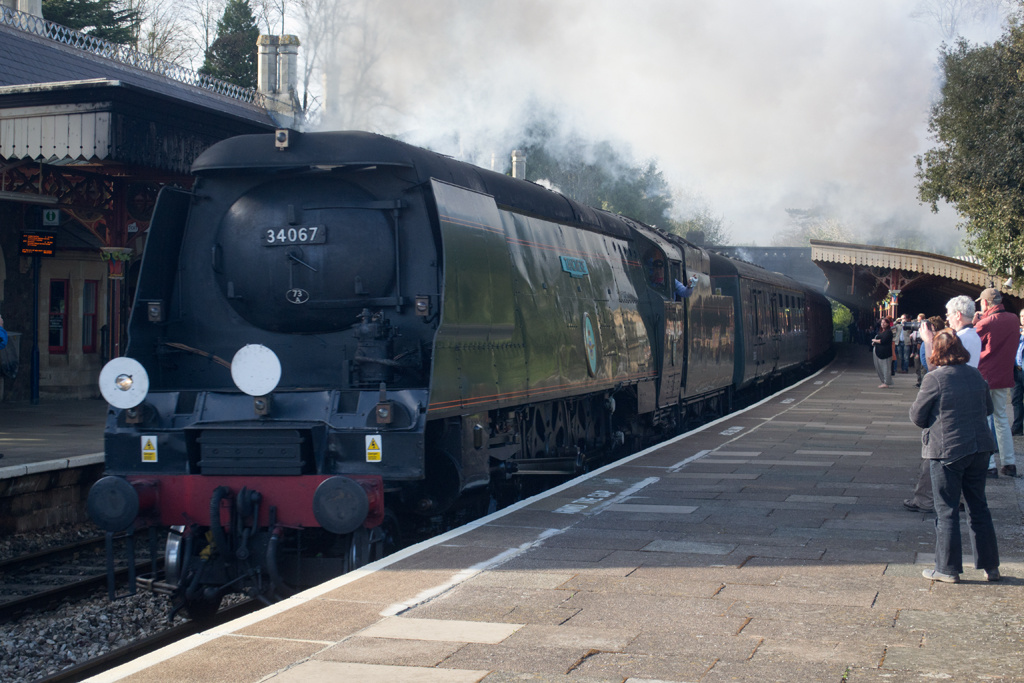 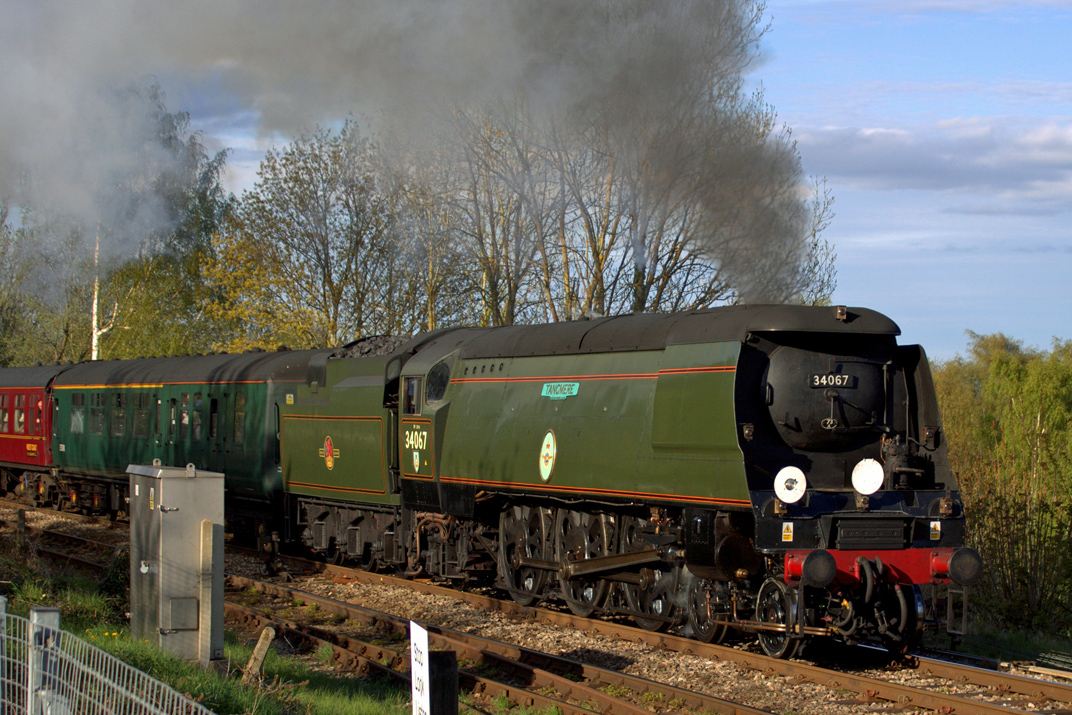 It was a case of 'deja-vu' as No.34067 'Tangmere' made a rapid return to the county. On Saturday 4th May 2013 a good turnout of photographers saw the locomotive returning its train of passengers (headcode 1Z48, 17:49 from Worcester Shurb Hill ) to Bristol via Hereford. Photographs taken by Robert Pritchard (Henwick), Andrew Smith (Great Malvern) and Phil Blann (Malvern Wells). 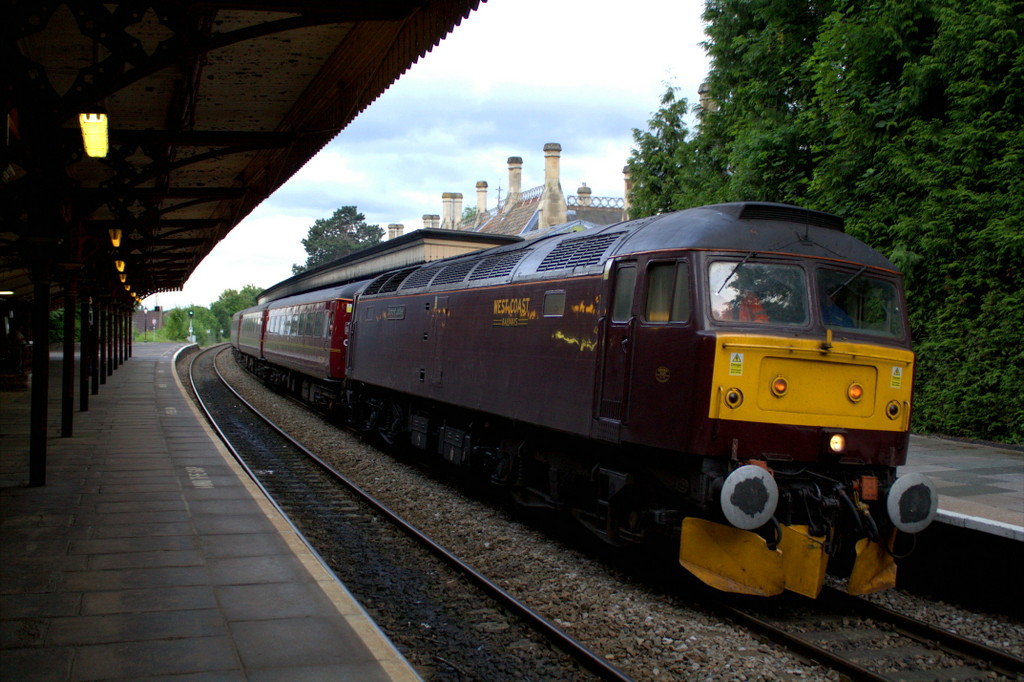 West Coast Railways class 47 diesel locomotive No.47854 (with No.47786 at the rear) was photographed by Phil Blann at Great Malvern Station with the 16:18 Compass Tours special train from Carmarthen to Wolverhampton (train code No.1Z85). Photograph taken on Saturday 28th June 2013. 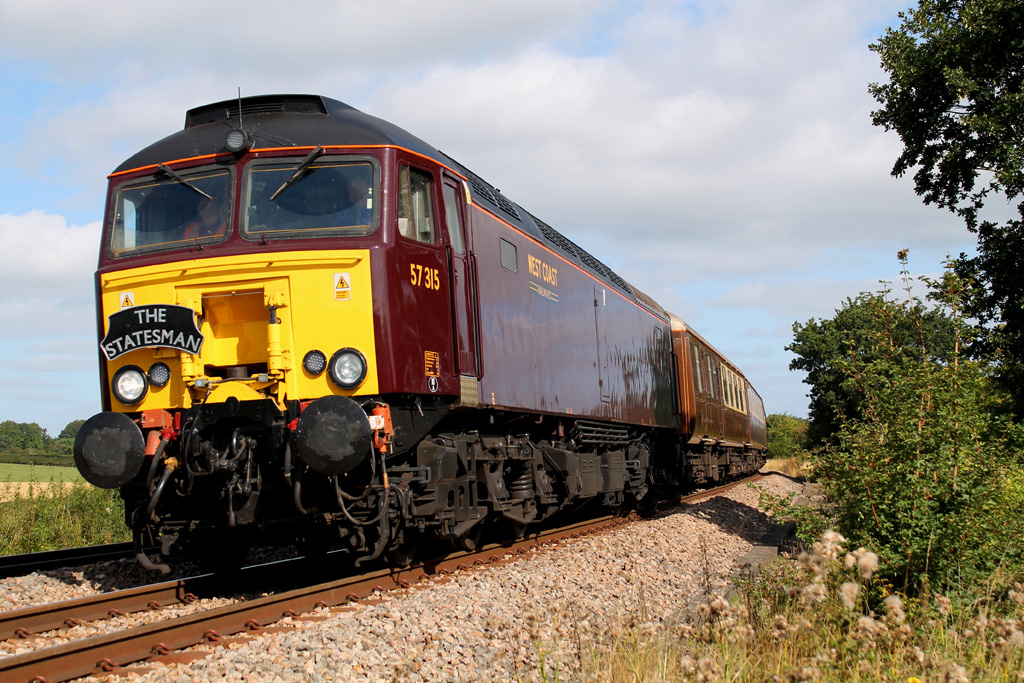 On Saturday 31st August 2013 'The Statesman' railtour from Crewe to Kingswear (headcode 1Z47) made an early morning transit of the Bromsgrove to Gloucester line and Phil Blann was at Abbotswood Junction to photograph the train headed by West Coast's class 57 diesel locomotive (with No.47786 at the rear). 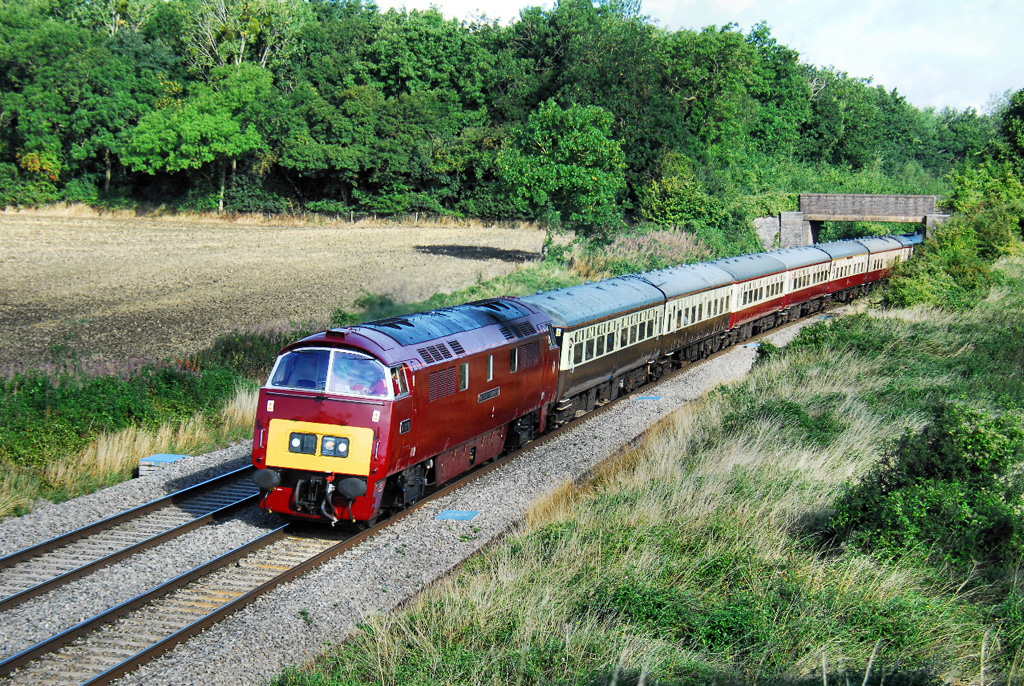 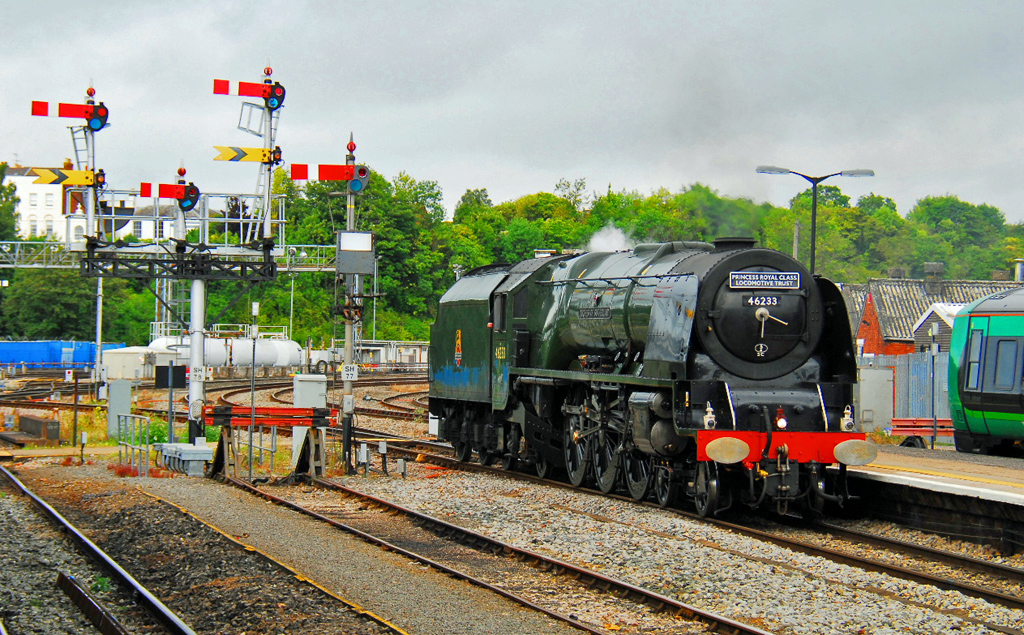 'Duchess' class 4-6-2 steam locomotive No.46233 'Duchess of Sutherland' was at Worcester Shrub Hill whilst working from Crewe to Kidderminster. Photo taken by Steve Widdowson on 19th September 2013.