This class of diesel shunting locomotive (later known as class 03) was introduced by British Railways in 1957 and eventually totalled 228 locomotives numbered from D2000 to D2199 and D2372 to D2399. They were powered by a Gardner 8L3 type engine and had a maximum tractive effort of 15,650lbs. 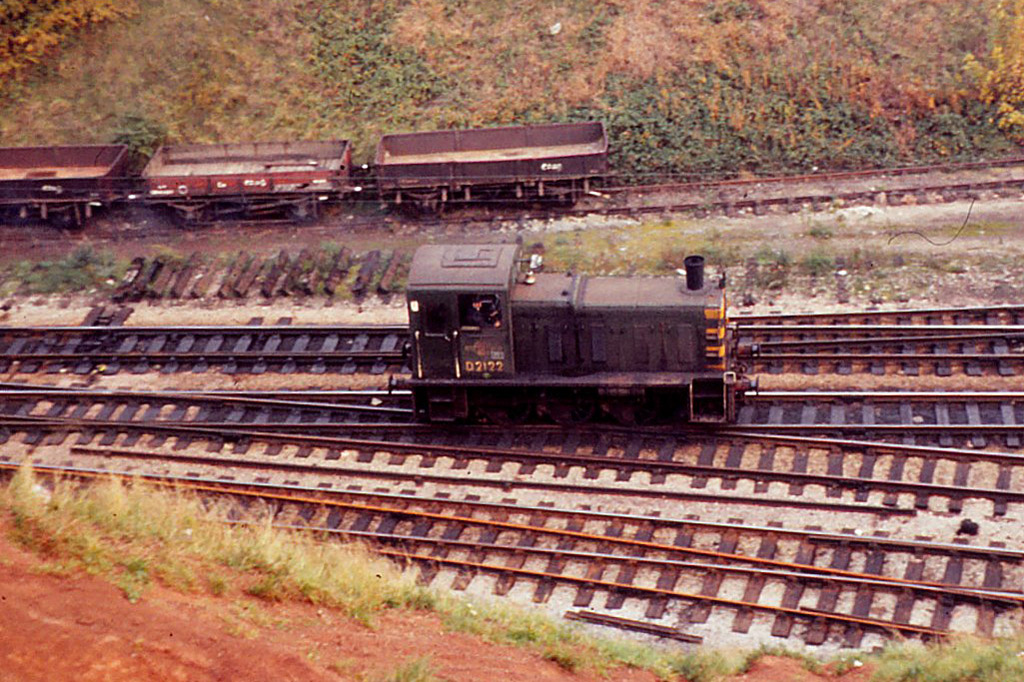 Class 03 diesel shunter No.D2122 was photographed by Pete Wilcox from a vantage point on 'Railway Walk' at Worcester on 3rd November 1971. Less than a year later the shunter was withdrawn from service and scrapped so it was never repainted in blue livery or renumbered. 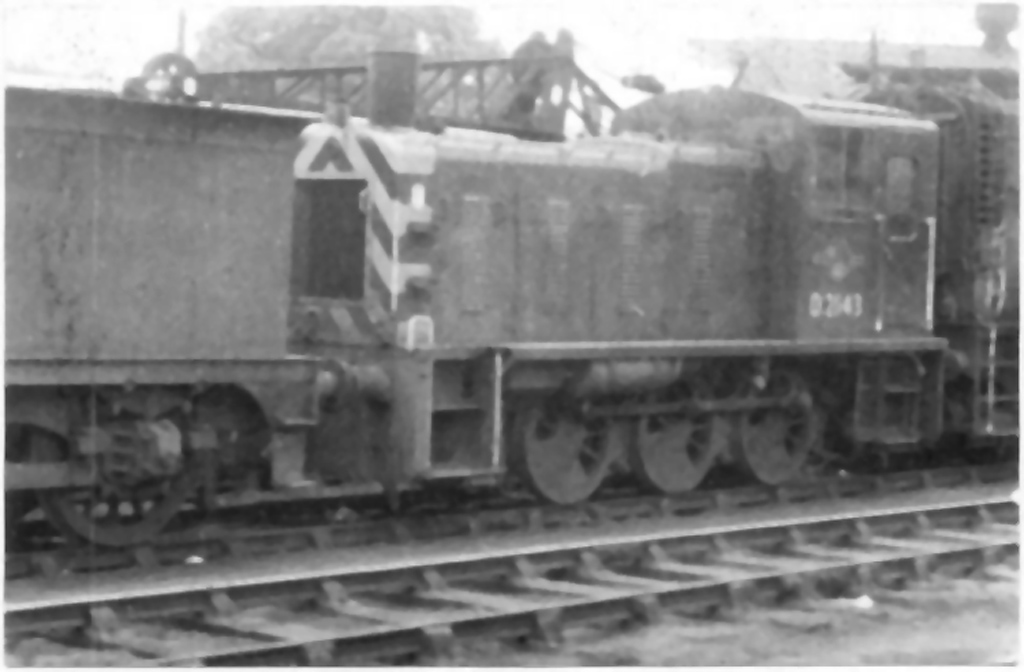 On 24th July 1968 Adrian Booth photographed class 03 diesel shunter No.D2143 on Worcester sheds. There is an interesting tender to the left of it and a class 08 diesel shunter to the right.