Lye (opened 1st April 1863) is the first station out of Stourbridge on the line to Birmingham. Welcome features at this rather austere station are disabled access to both platforms and a car park. 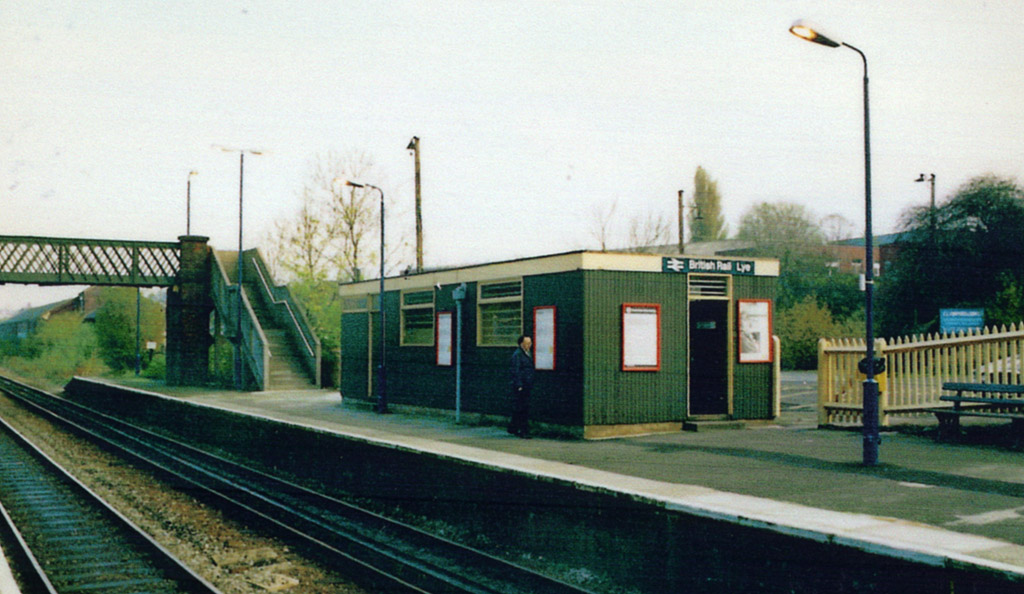 This photograph of the facilities on the Stourbridge bound platform was taken about 1990 before it was repainted into Centro's green livery. Photograph Halcrow Fox, copyright MIAC. 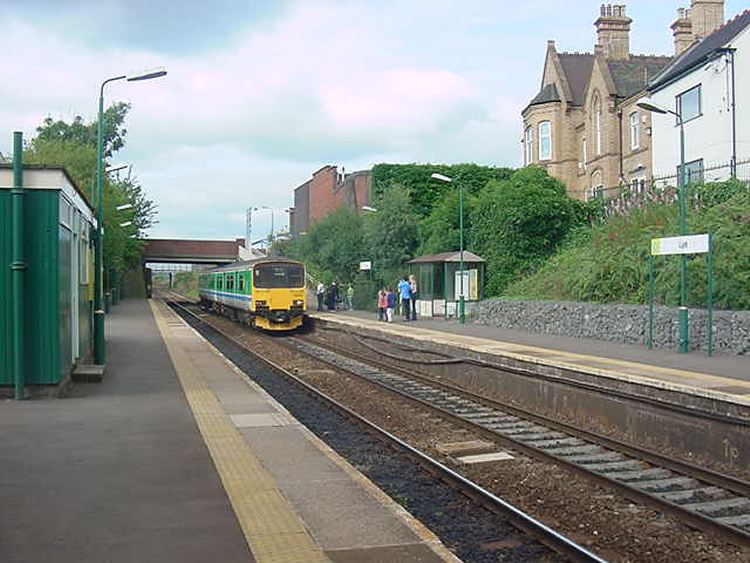 Class 150 two-car diesel multiple unit No.150105 with No.52105 leading enters Lye station with a train to Shirley. Note the barren nature of the passenger waiting area. The works of Timmis and Co Ltd was located to the west of the station. Photograph taken by Andrew Smith on 1st September 2001. 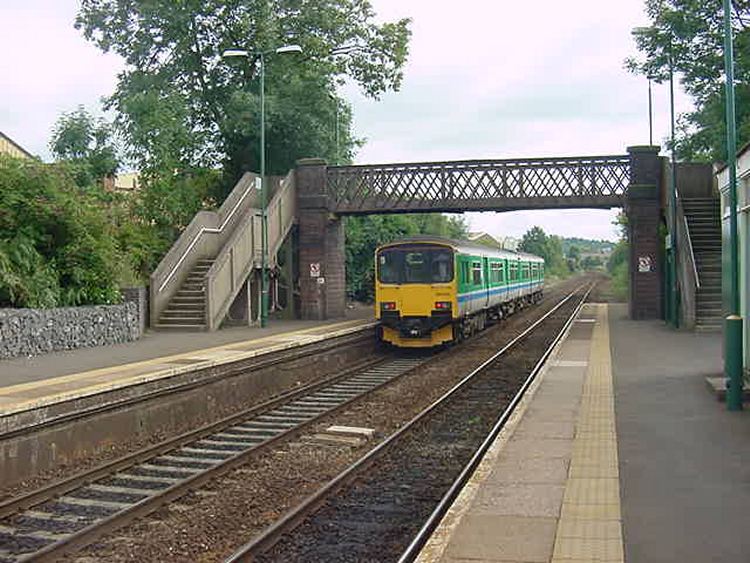 The same train passes under the passenger footbridge. Photograph taken by Andrew Smith on 1st September 2001. 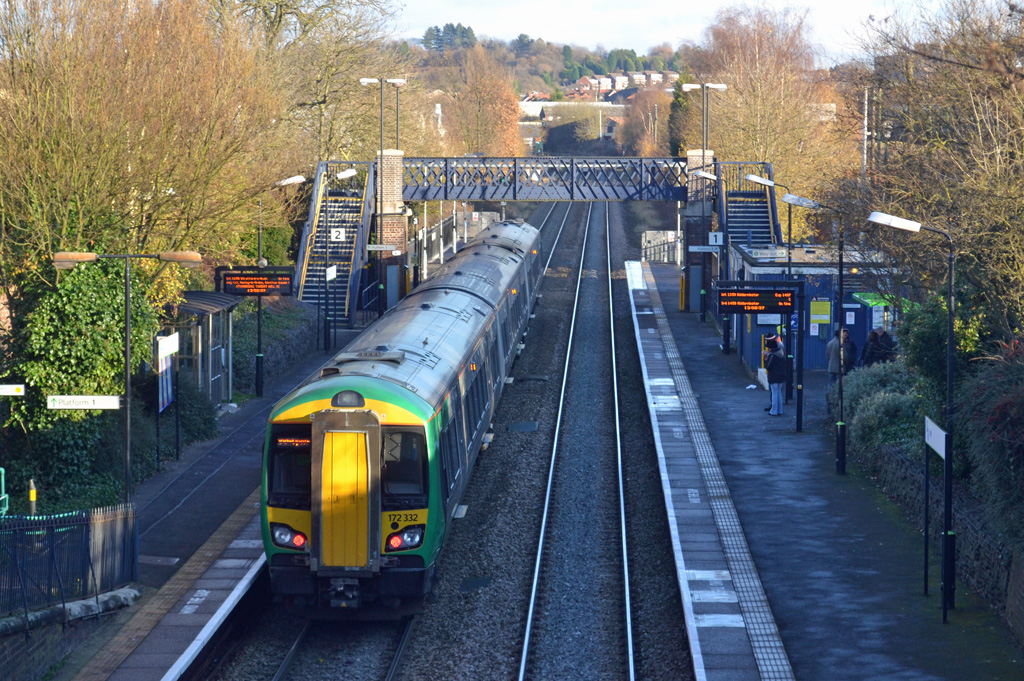 On 1st December 2012 three-car class 172 diesel multiple unit No.172332 stop at Lye Station with the 13:55 London Midland service from Stourbridge Junction to Stratford-on-Avon (train code 2S48). The station building remains as built but now in blue livery. In a decidedly backward step, that drew criticism from Centro, London Midland announced, on 17th September 2012, that the ticket office is to close. The station signs have been changed and there are real-time information displays on each platform. Photograph taken by Andrew Smith.