Longbridge is the last station in the West Midlands County and now forms the boundary between that artificial county and the current Worcestershire. This new station was built by Centro as part of the 'Cross City' line improvements in 1978. 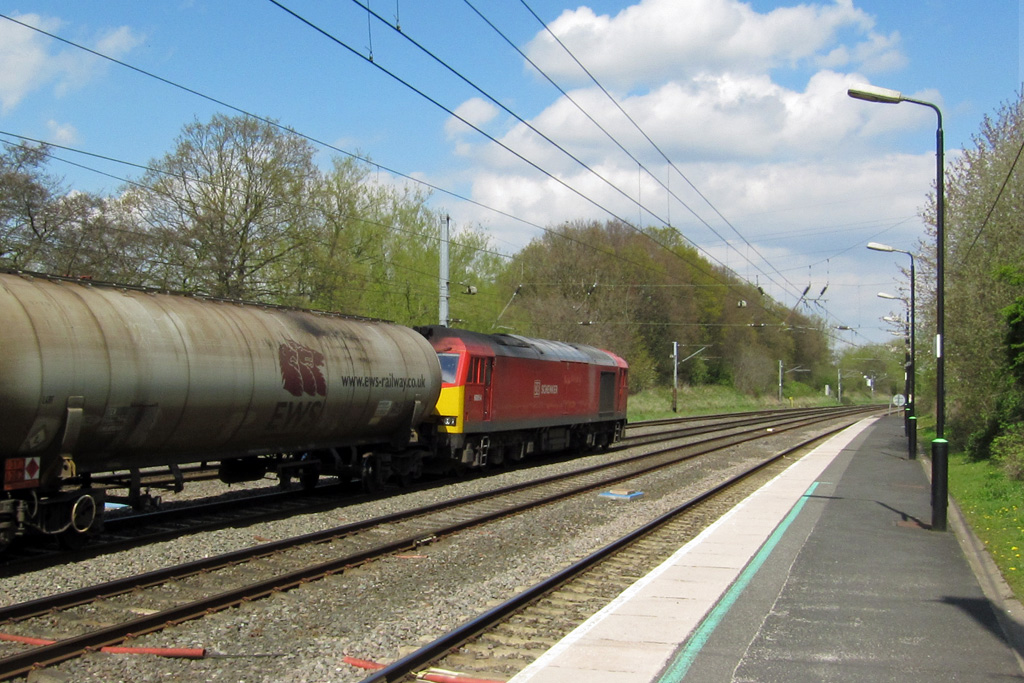 On one of the wettest days of a very wet April 2012 a rare sight of the sun highlights DBSchenker livery class 60 diesel locomotive No.60054 with train code 6E41 Westerleigh to Lindsey empty tanks. Photograph taken by Andrew Smith on 24th April 2012. 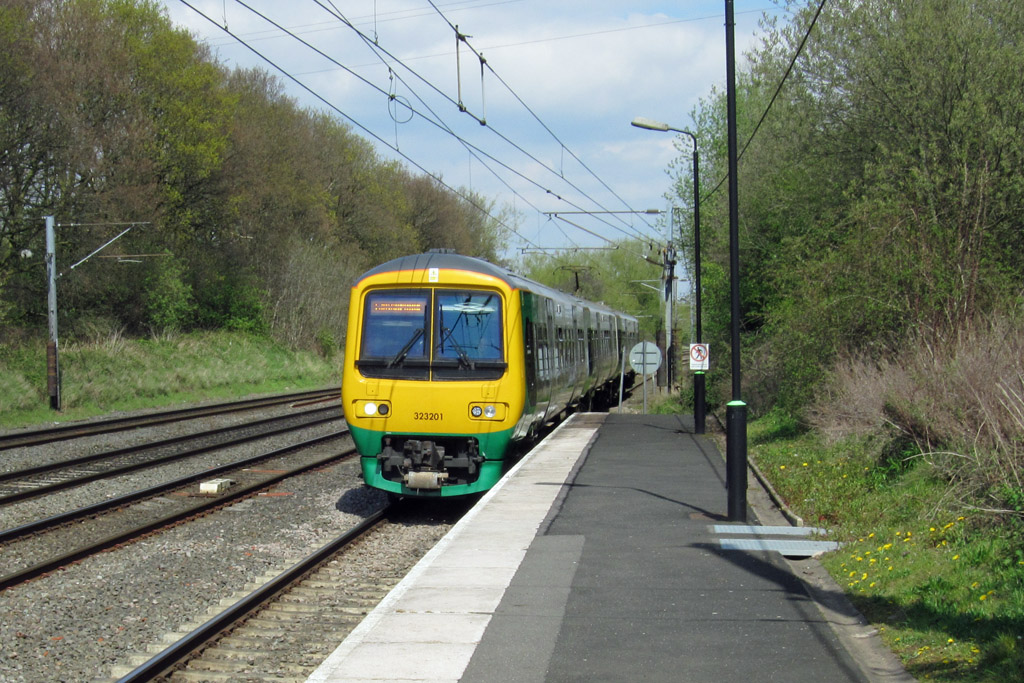 This is the view from the westbound platform as London Midland livery class 323 No.323201 arrives on a train from Lichfield. Photograph taken by Andrew Smith on 24th April 2012. 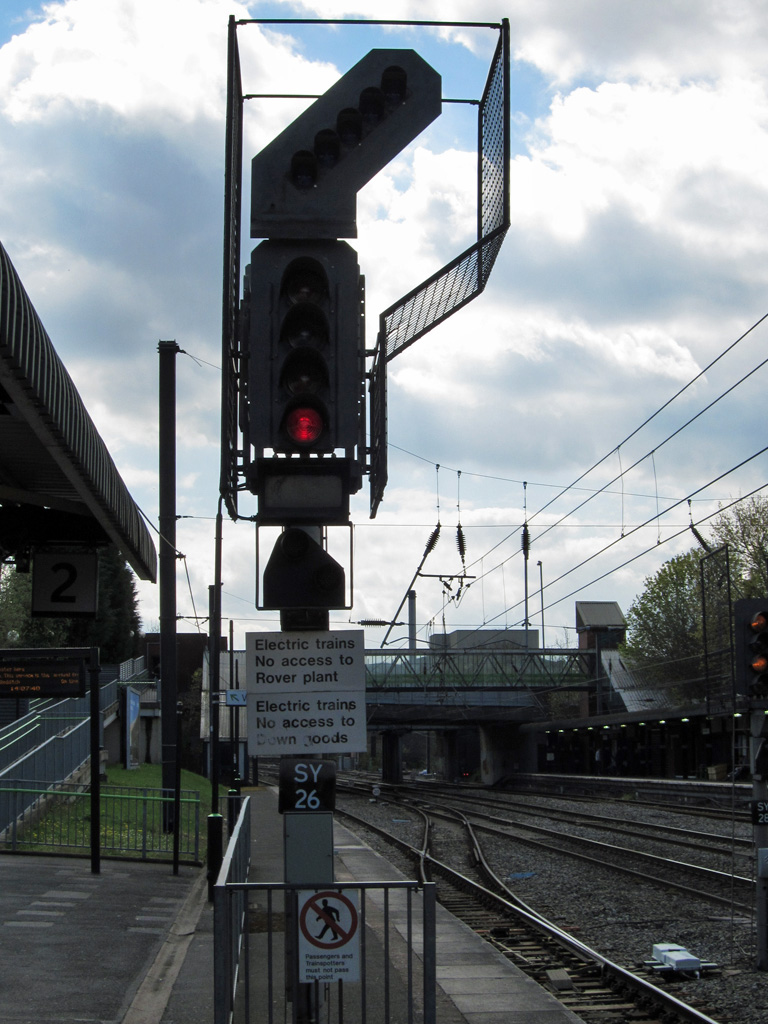 This signal (Saltley 26) controls access to the down main line and via another crossing to the electric multiple unit turnround siding. By the time this photograph was taken by Andrew Smith on 24th April 2012 the Rover plant had long since been closed and demolished.