The first station at Longbridge was part of The Halesowen Railway and was important in providing a station ner to the important Longbridge car factory for use by workers at the factory. The station was opened in February 1915. Workers special trains continued to call here until 1st January 1960. The staff car park sign was in place in March 2012 but subsequently disappeared. 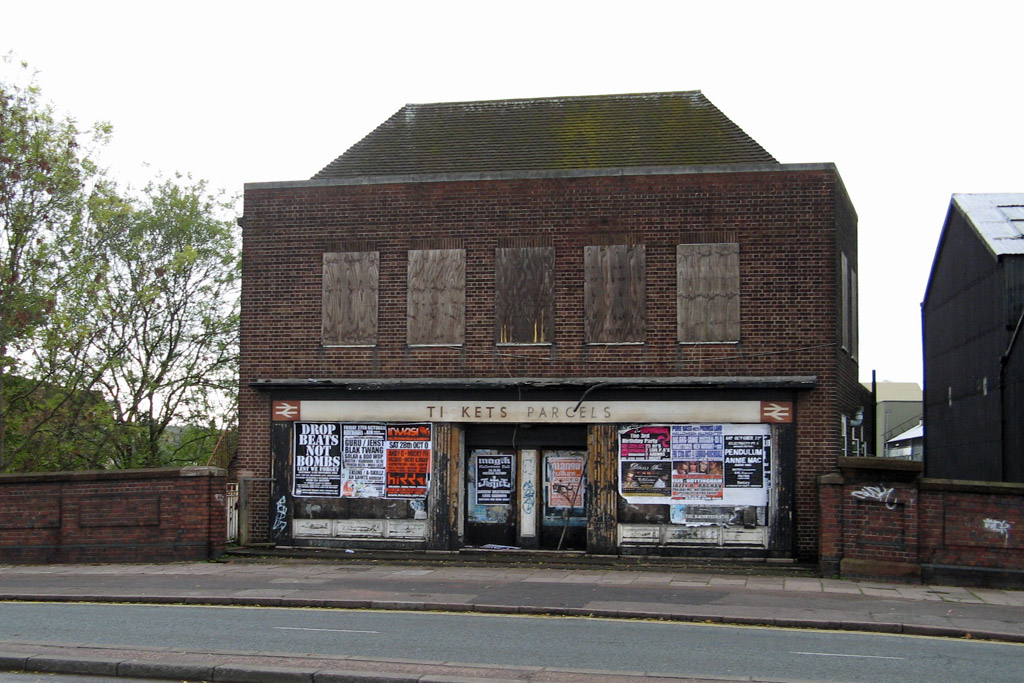 This impressive building stood until June 2012 and was situated above the Halesowen Railway lines. Note the BR style totems that were presumably affixed in the 1963/4 period when the station was use as a parcels office. Part of the car factory can be seenon the right hand side of the photograph which was taken on 26th October 2006. However following the closure of the car factory the site was demolished and became an open air car park which afforded a view of the side and rear of the building. The photograph below was taken by Andrew Smith on 24th March 2012 shortly before the building was demolished. 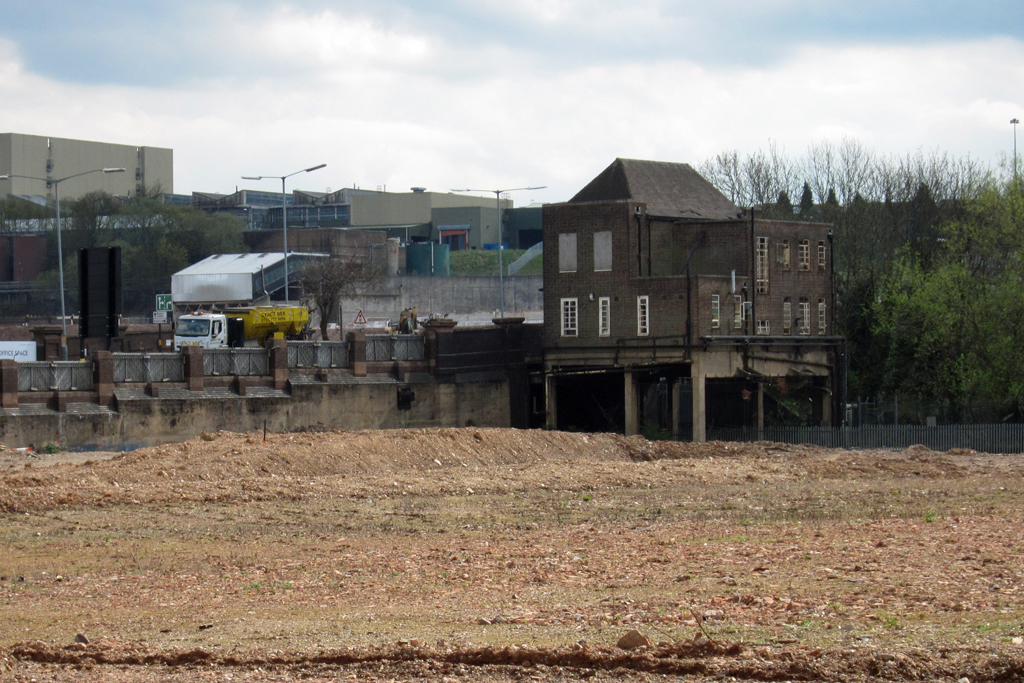 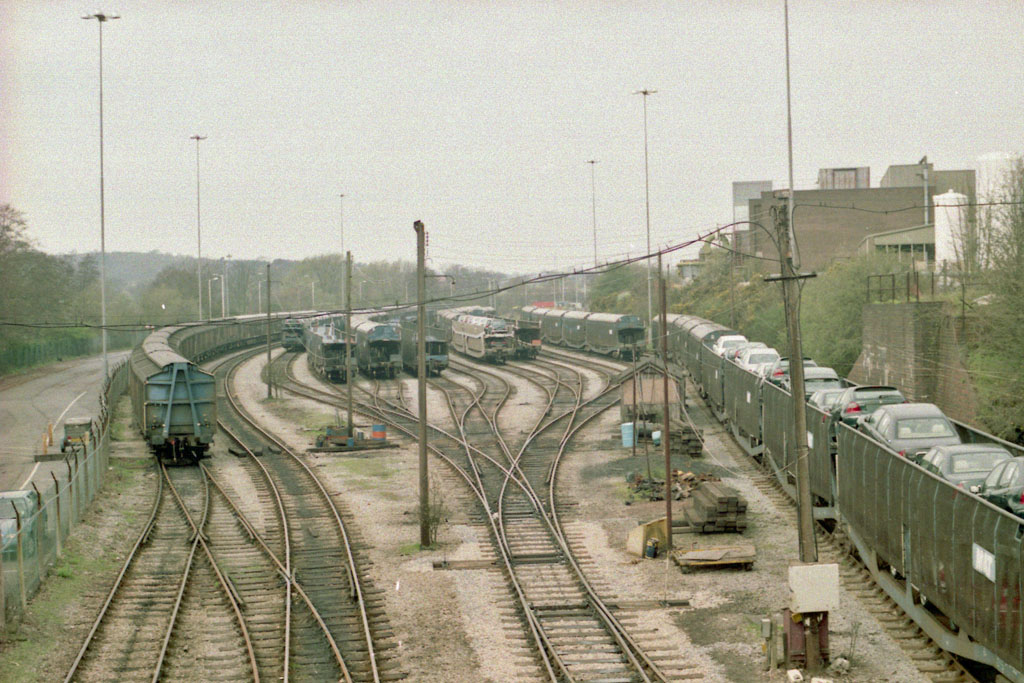 On 20th April 1006 the exchange sidings for the car factory (located to the west of the Parcels Office) contained rakes of loaded car transporters and several trains used to transport component parts. By 2012 everything in this photograph had been demolished. Photograph taken by Andrew Smith. Class 66 diesel locomotive No.66046 waiting to depart with returning empty vans. By 2012 everything in this photograph had been demolished. Photograph taken by Andrew Smith on 3rd September 2001. 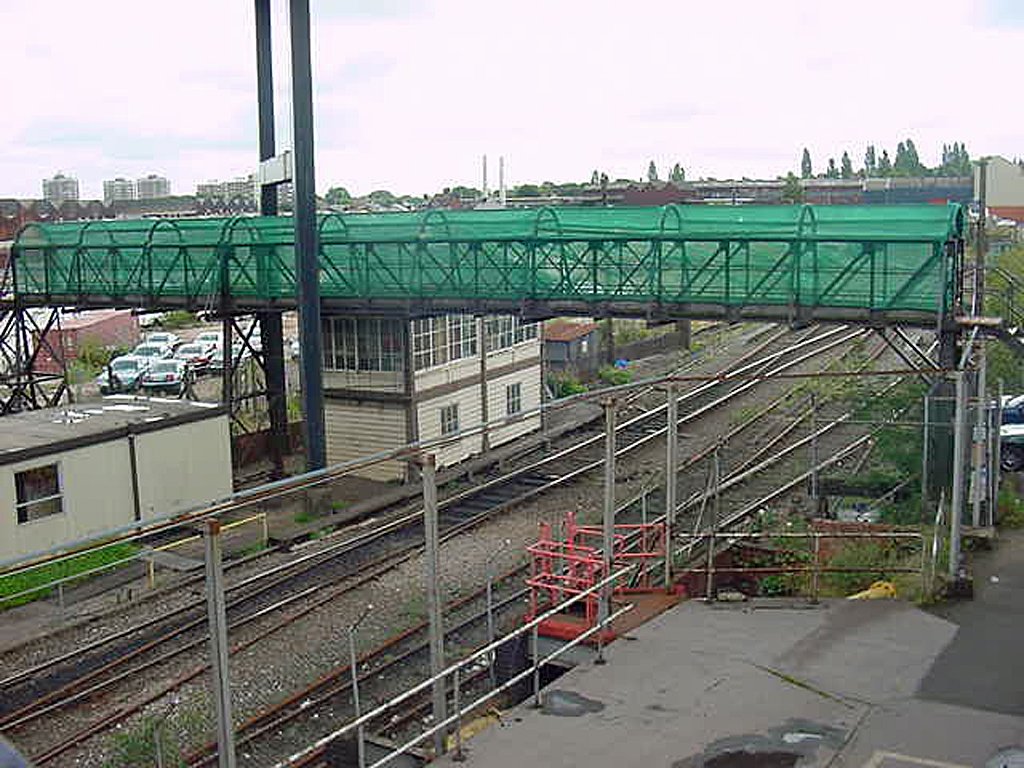 Another survivor was this signal box at Longbridge. When this photograph was taken the tracks extended from Longbridge Junction for about 800 yards towards Rubery and were used by both BR/EWS and car factory internal diesel locomotives. At that time this was the only part of the former Halesowen Railway that remained in use. By 2012 everything in the photograph had been demolished. Photograph taken by Andrew Smith on 3rd September 2001.