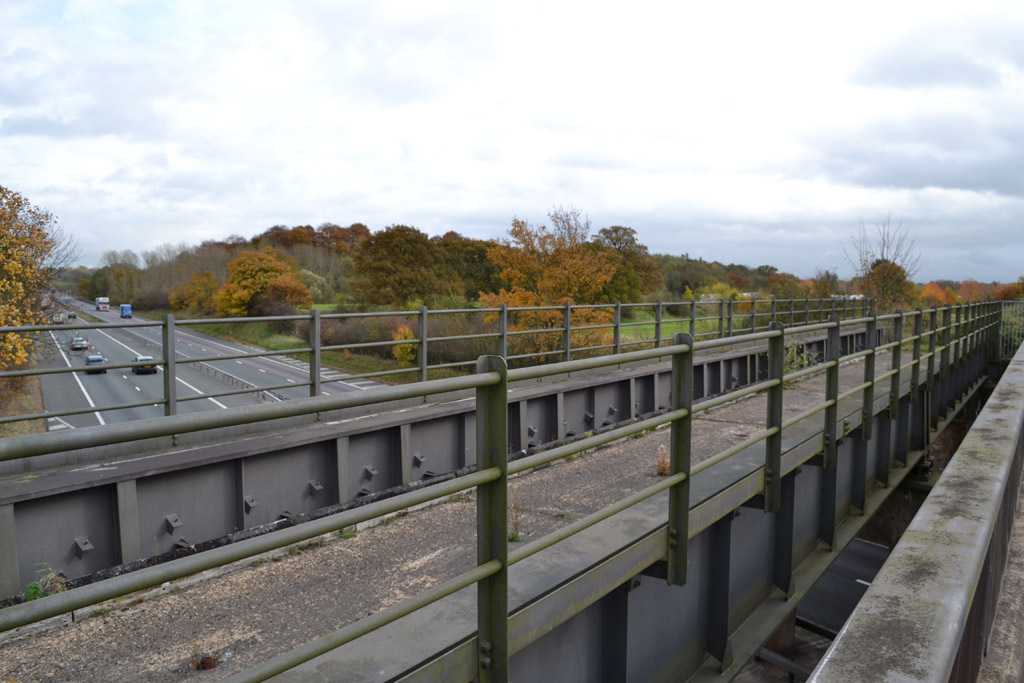 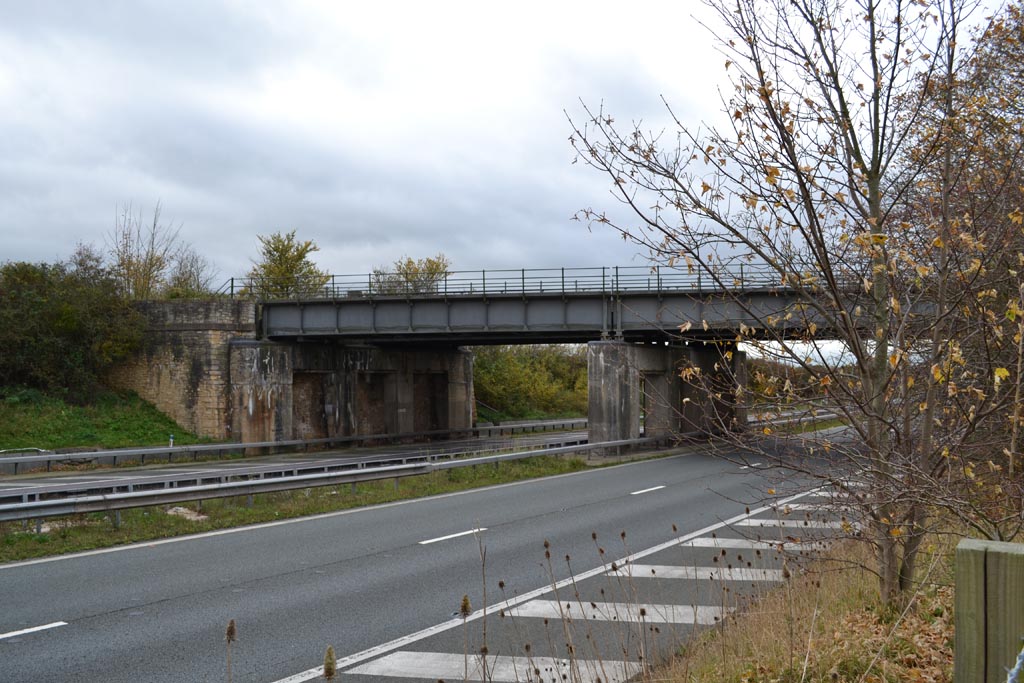 An amazing reminder of the Malvern to Ashchurch branch line was this substantial bridge that carried the railway and a minor road over the M50 motorway. This was the first bridge over the motorway between junctions one and two, about a mile west of junction one. The railway originally ran slightly further to the east but the building of the motorway saw the line slewed over slightly to go over the new bridge which also carries a minor road. It saw little railway use as the line closed in 1962, less than two years after the motorway was opened to traffic in November 1960.

Richard Moreton advises that demolition took place over the period from 16th to 26th March 2012 as shown below: 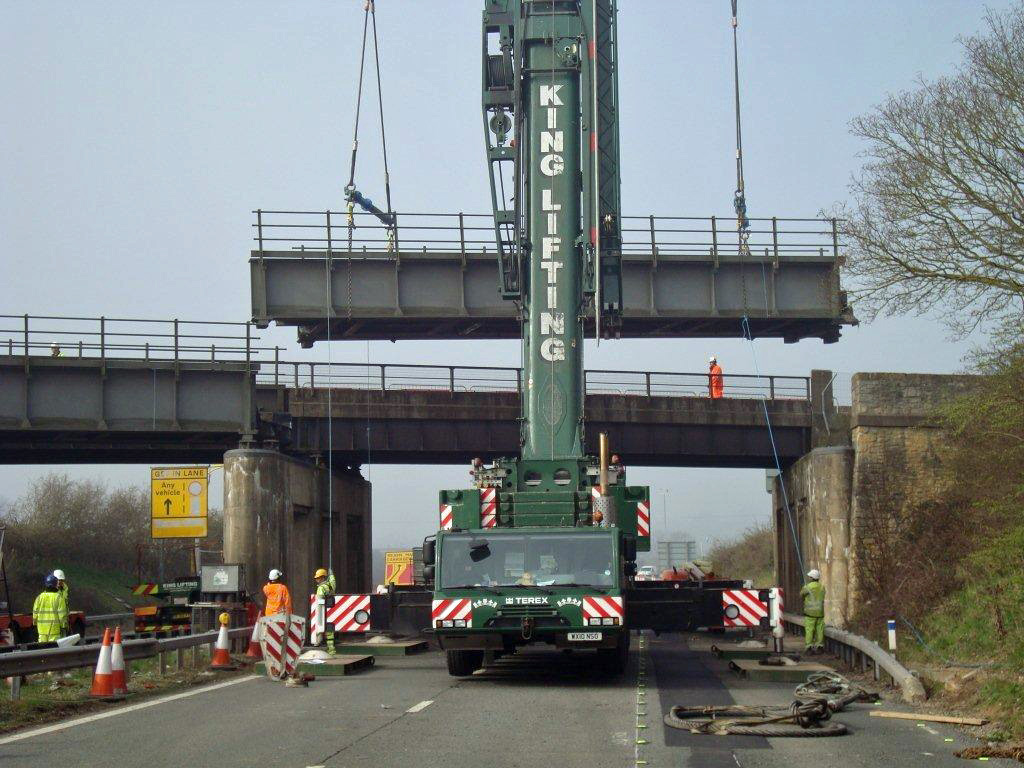 Note that the road bridge behind was not demolished. (Photograph taken by and copyright of Richard Moreton.)

This was the last bridge in Worcestershire as the line shortly passes into Gloucestershire at Bow Bridge, a photo of which is shown below, for completeness: 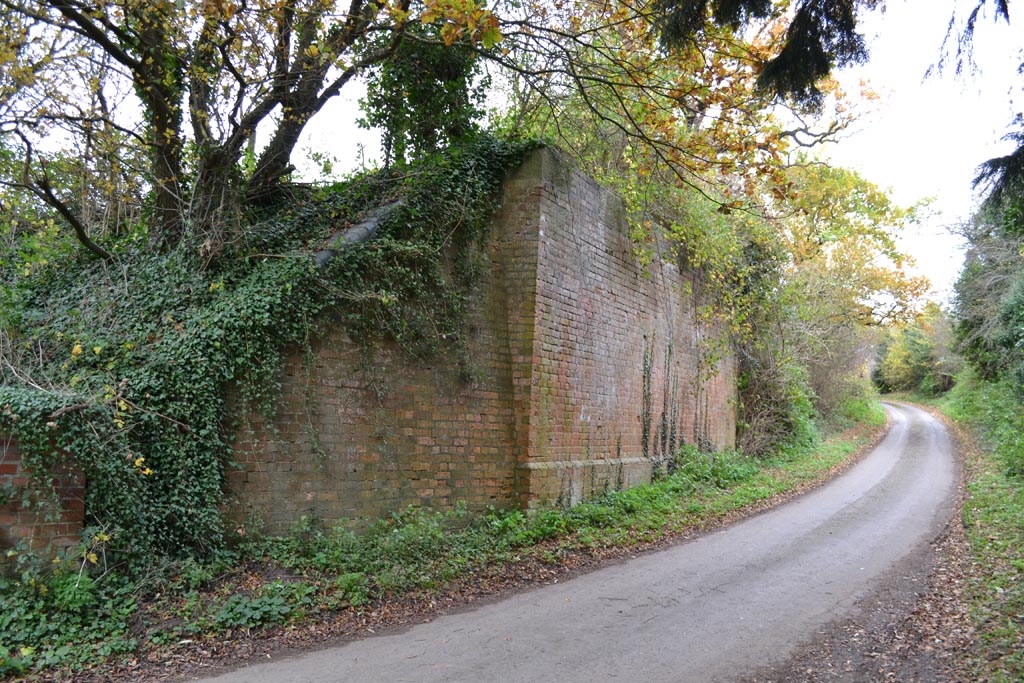 Photographs taken by Andrew Smith on 4th November 2010 except as credited.